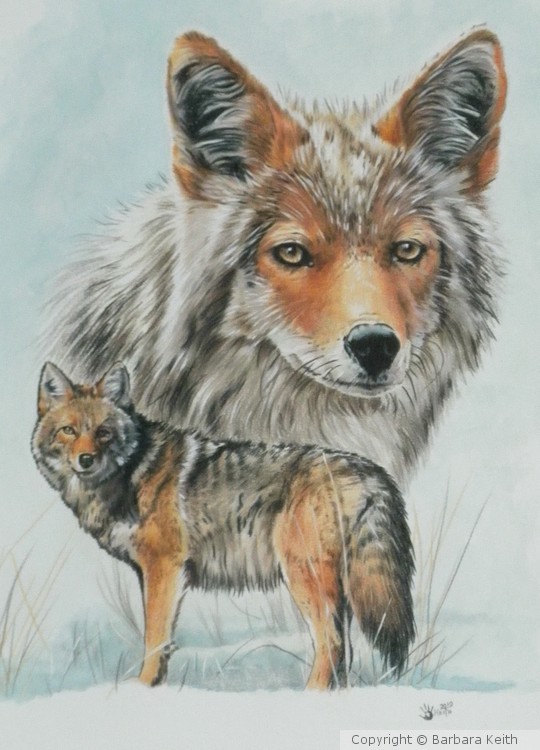 The coyote, prairie wolf or brush wolf (Canis latrans) is a canine native to North America. It is smaller than its close relative, the gray wolf, and slightly smaller than the closely related eastern wolf and red wolf. It fills much of the same ecological niche as the golden jackal does in Eurasia, though it is larger and more predatory, and is sometimes called the American jackal by zoologists (Wikipedia).

Beautiful artwork of a coyote, or brush wolf.

Artist Reply: I know they have a crappy reputation but they are beautiful.. thanks