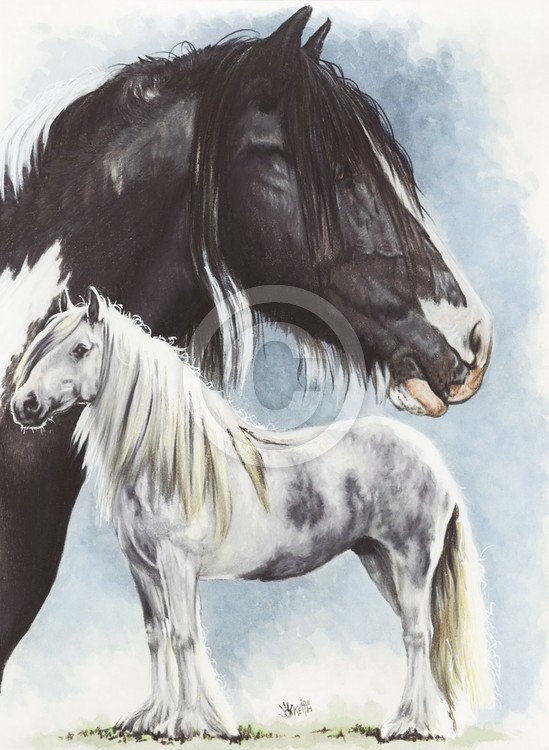 The Gypsy Cob, also known as the Irish Cob, Gypsy Horse or Gypsy Vanner, is a type or breed of domestic horse from the British Isles. It is a small, solidly-built horse of cob conformation and is often, but not always, piebald or skewbald; it is particularly associated with the Irish Traveller and Romani travelling peoples of Britain and Ireland. There was no stud-book or breed association for horses of this type until 1996.[1]:58 It is now considered a breed[1]:58 and can be registered with a number of breed associations (Wikipedia)

Artist Reply: these horses are inspiring, thanks