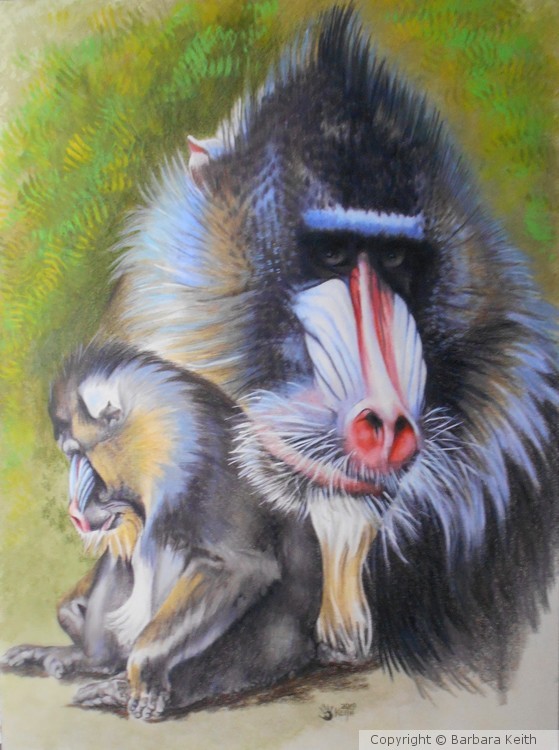 The mandrill (Mandrillus sphinx) is a primate of the Old World monkey (Cercopithecidae) family. It is one of two species assigned to the genus Mandrillus, along with the drill. Both the mandrill and the drill were once classified as baboons in the genus Papio, but they now have their own genus, Mandrillus. Although they look superficially like baboons, they are more closely related to Cercocebus mangabeys. Mandrills are found in southern Cameroon, Gabon, Equatorial Guinea, and Congo. Mandrills mostly live in tropical rainforests. They live in very large groups. Mandrills have an omnivorous diet consisting mostly of fruits and insects. Their mating season peaks in July to September, with a corresponding birth peak in December to April. Mandrills are the world's largest monkeys. The mandrill is classified as vulnerable by IUCN (nationalgeographic.com).

Artist Reply: When your model is that interesting - it would be hard to go wrong - thanks

Artist Reply: thank you - but he's so cool.. couldn't resist