Inside the gate of Puerta de Malaga c16th century 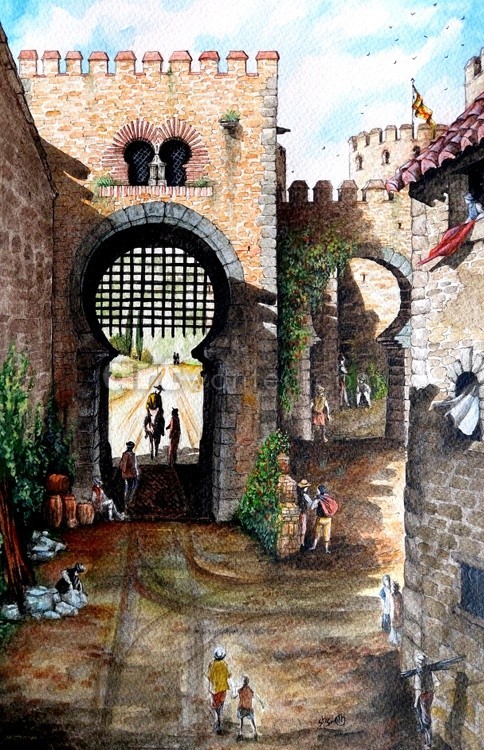 Puerta de Malaga was once one of two main gates that gave access to the important historical city of Alhama de Granada, Andalusia. As time went by and the threat of attack subsided these gates and most of the walls and towers were demolished to make way for housing but hopefully this reconstruction gives the viewer an idea of how these monuments once appeared.

Artist Reply: Many thanks James

Greatly appreaciate your artwork. I looked at it a long time. very detailed. And a history comment to boot!

Artist Reply: Many thanks John, I am a bit of a history nerd and could go on and on, but I won't lol

Thanks for showing the painting and the history comments! Really interesting and well done!

Fascinating view of the past and the welcoming coolness after being in the hot desert.

Artist Reply: Many thanks Linda