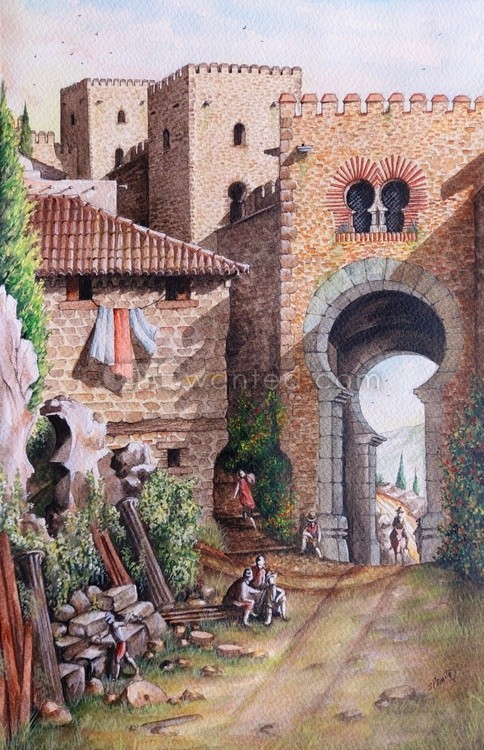 The second gate that once led into the city of Alhama de Granada, Andalusia, visitors would originally have been welcomed by the sight of one of four mosques that served the populous, however after the city fell to Spanish forces in 1482 these mosques were demolished as is partly depicted here.

Thanks for showing the painting also and the history comments! Really interesting and excellent work!