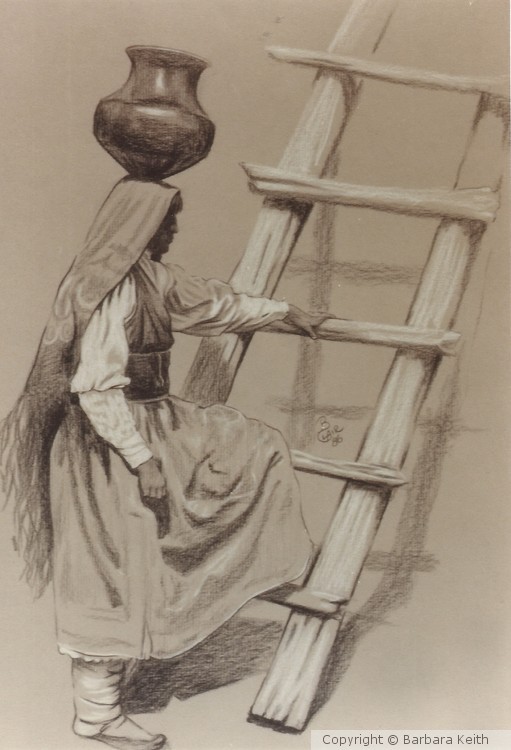 The Pueblo Indians, situated in the Southwestern United States, are one of the oldest cultures in the nation. Their name is Spanish for “stone masonry village dweller.” They are believed to be the descendants of three major cultures including the Mogollon, Hohokam, and Ancient Puebloans (Anasazi), with their history tracing back for some 7,000 years. During their long history, the Ancient Puebloans evolved from a nomadic, hunter-gathering lifestyle to a sedentary culture, primarily making their homes in the Four Corners region of Colorado, New Mexico, Utah and Arizona. Though they didn’t give up hunting, they began to expand into an agricultural culture, growing maize, corn, squash and beans; raising turkeys, and developing complex irrigation systems (legendsofamerica.com).

Artist Reply: I really try to keep my "posts" interesting and little information goes a long way, thanks

BEAUTIFUL WORK BARB. LIKE THE FLOW OF THE SKIRT.