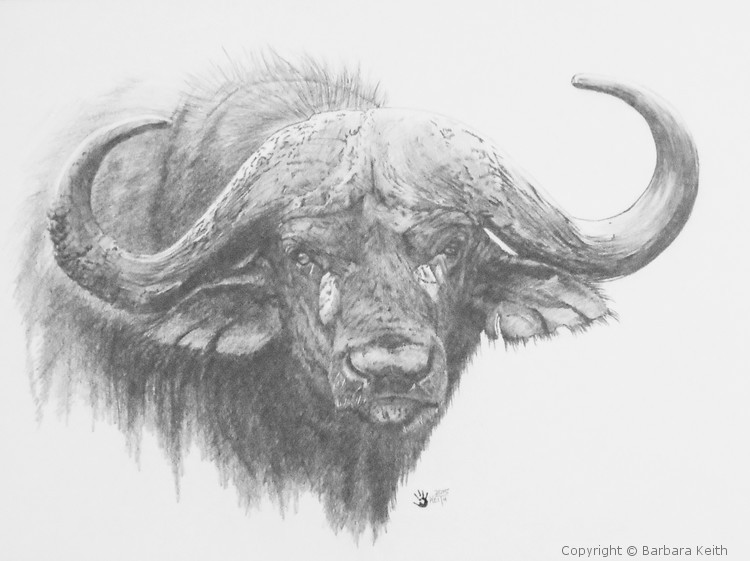 The African buffalo or Cape buffalo (Syncerus caffer) is a large Sub-Saharan African bovine. Syncerus caffer caffer, the Cape buffalo, is the typical subspecies, and the largest one, found in Southern and East Africa. S. c. nanus (African forest buffalo) is the smallest subspecies, common in forest areas of Central and West Africa, while S. c. brachyceros is in West Africa and S. c. aequinoctialis is in the savannas of East Africa. The adult buffalo's horns are its characteristic feature: they have fused bases, forming a continuous bone shield across the top of the head referred to as a "boss". They are widely regarded as among the most dangerous animals on the African continent, and according to some estimates they gore, trample, and kill over 200 people every year. The African buffalo is not an ancestor of domestic cattle and is only distantly related to other larger bovines. Its unpredictable temperament means that the African buffalo has never been domesticated, unlike its Asian counterpart, the water buffalo. African Cape buffaloes have few predators aside from lions and large crocodiles. As a member of the big five game, the Cape buffalo is a sought-after trophy in hunting (Wikipedia).

TERRIFIC WORK MY FRIEND. WOULDN'T WANT TO MEET THIS GUY.

Artist Reply: Neither would I, and thanks