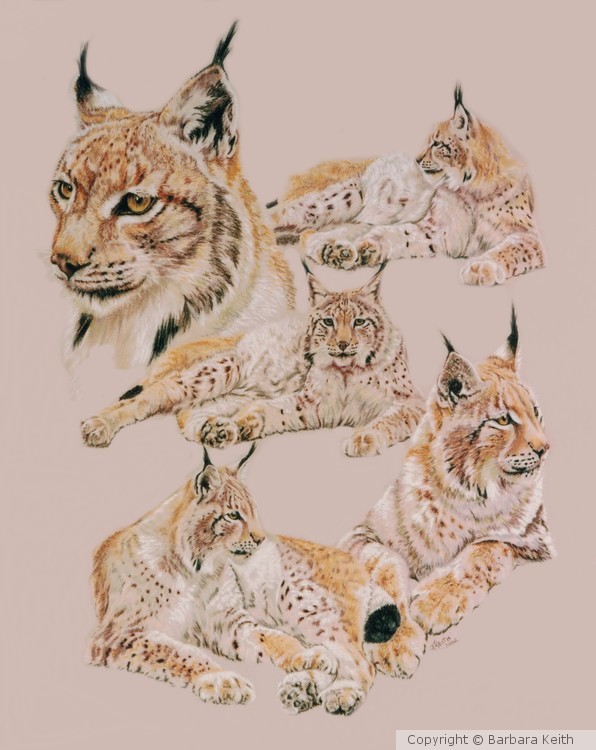 The Iberian lynx (Lynx pardinus) is a wild cat species native to the Iberian Peninsula in southwestern Europe that is listed as Endangered on the IUCN Red List. It preys almost exclusively on the European rabbit.[3] In the 20th century, the Iberian lynx population declined because of sharp declines in rabbit populations, caused by myxomatosis, rabbit haemorrhagic disease and overhunting, fragmentation of grassland and forest habitats and poaching. By the turn of the 21st century, the Iberian lynx was on the verge of extinction, as only about 100 individuals survived in two isolated subpopulations in Andalusia. Conservation measures implemented since 2002 included improving habitat, restocking of rabbits, translocating and re-introducing Iberian lynxes, so that by 2012 the population had increased to 326 individuals. As an attempt to save this species from extinction, projects under the EU LIFE Programme have undertaken habitat preservation, lynx population monitoring, and rabbit population management. Formerly considered a subspecies of the Eurasian lynx (Lynx lynx), the Iberian lynx is now classified as a separate species. Both species occurred together in Central Europe in the Pleistocene and evolved as distinct species in the Late Pleistocene. The Iberian lynx is thought to have evolved from Lynx issiodorensis (Wikipedia).

MARVELOUS COLLECTION OF THESE BEAUTIES. DO YOU EVER REST MY FRIEND?

Your artwork is very detailed and very accurate. Also gives one, a different view on the subject, your work is Gorgeous and absolutely perfect, love you style.

Artist Reply: So appreciate your opinion, thank you