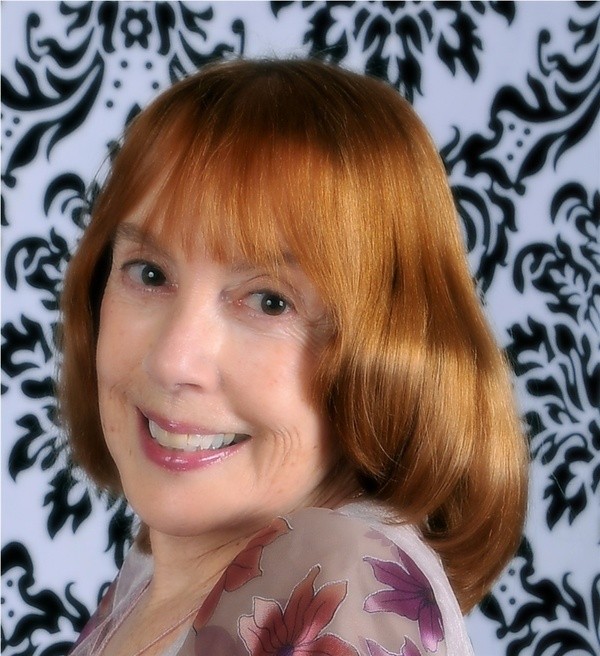 Sharon De Vore was born in Panama City, Republic of Panama & grew up in Balboa, Canal Zone. After graduating from Florida State University, where she was in the FSU Flying High Circus & Alpha Xi Delta Sorority, she married Paul Glassburn, moved to Clearwater, FL & raised 2 children, Dr. Tracy Glassburn-Slusarewicz of Lexington, KY & Stephen Glassburn of Clearwater. And she has 2 granddaughters, Joanna & Megan Slusarewicz. Sharon has been a volunteer at Morton Plant Hospital, Clearwater, FL for over 45 years & over 19,500 hours. In 1997 she served the Auxiliary as 1st VP/President elect, & in 1998, she was President of the 1200 member Morton Plant Hospital Auxiliary. She was also on the Board of Directors for the Morton Plant Mease (Healthcare) Foundation. And for many years on the MPH Auxiliary Board.

Sharon started dance lessons when she was 3 years old & danced for 20+ years, was a cheerleader 3 of her high school years, was captain, & designed the cheerleader uniforms her senior year. Thus for most of her life, her artistic expression was physical. She has had a great appreciation for art all her life & been to galleries all over the world. Because Sharon is a self taught artist, she feels that she learned from each painting she saw from childhood to present. Several times in her life she did dabble some in oils, & for many years, sold hundreds of her black lacquer mola boxes. One of her oil paintings did win an award. Then in 1986 she took up photography & saw the world through her camera in a different way; an artistic way instead of strictly documentary. Sharon’s won several awards for her photography, & her first showing came in Clearwater, FL on January 31, 1996 at Morton Plant Hospital’s well known gallery. For the first time in the 20+ years of the art shows, FOX news came to interview Sharon & film her photographs as they were being hung. She was featured on their weekly TV show “What’s Good for Tampa Bay”. Sharon has sold many many of her photographs.

Then in the summer of 2002 Sharon & her now deceased husband, Frank Gonzalez, bought a home in Ozark. A few months later in November, Arkansas’s mountains & beauty, much like Panama’s, inspired Sharon to start painting with acrylics. Since then she has sold many acrylics & many have won awards. A couple awards being 2nd place in the 56th Annual Ft. Smith Art Competition & 3rd place in the 58th Annual Ft. Smith Art Competition, which are National competitions, & Best in Water Media/Mixed Media (1st Place) in the ANA 15th Annual Regional Art Competition for her watercolor “Alma Creek”. She Also won the Ethel Ashley Founders Design Award in the 34th Annual Adult Art Competition at the CA&E in Van Buren, AR. The April, 2007, issue of Cat Fancy Magazine featured 4 of Sharon’s cat paintings. Also one of her paintings was chosen for the first Panama Canal Museum Calendar (2007) that featured artists. The Panama Canal Museum, a National Museum, & the Fort Smith Regional Art Museum each have several of Sharon’s paintings in their permanent collection. “It is like a dam has opened, & I have found a way to express the beauty I see on canvas for others to enjoy. Lucky am I!”....................... Sharon De Vore