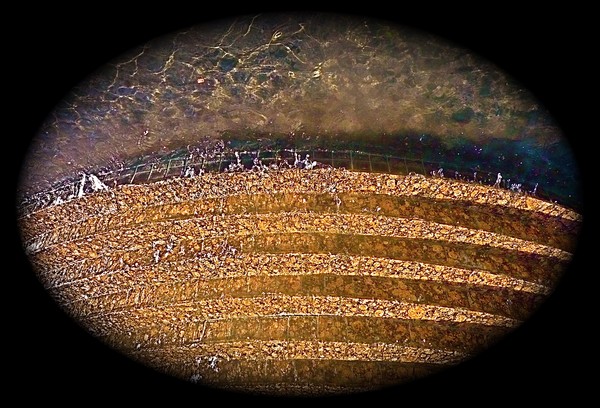 The planet Ixchel is earthlike, but because the atmosphere is opaque it receives diffuse light during the day and is much clearer to see at night. The vegetation of the planet has not developed bright coloration: the predominant hues are black, brown and gold. The Ixchel live in great stone halls adorned with monumental cravings. The Ixchel are compassionate, gentle entities. Their tall, elegant, muscular bodies are covered with short silky gray hair. Graceful tentacles extend from each of their four powerful arms; these tentacles act both as fingers and as speech organs. Wavy tentacles on the head serve as sound and thought. The Ixchel have no eyes, and cannot understand what visually oriented beings describe as sight. They exude a delicate fragrance that is soothing and attractive,and the gentle touch of their tentacles can ease pain and heal. Some of the inhabitants of this alien race can be seen in the gaseous elements at the top of the planet. Before there was Harry Potter, Science Fantasy for children, there was Wrinkle in Time, a book written by Madeleine L'Engle. This captivating book is a story of three children and their quest to destroy the mysterious evil that lays before them as Meg and Charles race to save their father who has fallen victim to the tesseract or wrinkle in time. This powerful force, the fifth dimension is able to bend space in order to attain a speed that traveling in a straight line would never obtain;and also by bending the fabric of space and time. When Meg's brother is seized by the evil man, Red Eye and becomes a prisoner of IT. Meg becomes overwhelmed and can not defend herself from the mental ability of IT. In order to save herself and her brother, she must travel to the planet Ixchel and experience the healing powers of its inhabitants. On Ixchel, Meg's confidence and hope is once again renewed. Although I have read this amazing story many times, this is my first view of the Planet Ixchel where compassion, love and good destroy hate and the forces of Evil. There are four books in this series including the extraordinary Wrinkle in Time, A Wind in the Door, A Swiftly Tilting Planet and Many Waters. Ixchel is also the name of the goddess of creativity.

I see a space ship, a complete world inside...

lovely world you have shown us

AWESOME! and a great presentation Julie! I love the part of "Compassion, love and good destroy hate and the forces of Evil!" Love and Light, Moi

Wow, Julie, thanks for the nice story! and how cool that you got to take this photo, rare, I am sure!