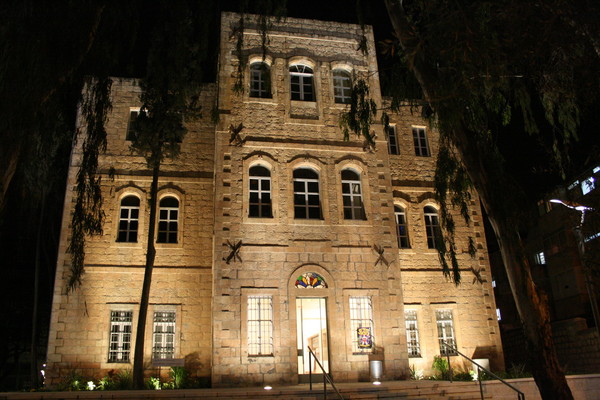 Israel's school of the arts - the Bezalel Academy of Art and Design - was established in 1906 in Jerusalem by sculptor Boris Schatz, and was originally called the Bezalel School of Arts and Crafts. The establishment of Bezalel is considered to be the first major milestone in the history of Israeli art. The Jerusalem school bears the symbolic name of Bezalel Ben Uri - the first artist mentioned in the Bible. The photo was taken on February 22, 2007.

What a beautiful place for art! Wonderful pic Lili! :)

Beautiful light and an awesome photograph

Now this is a great architechtural photo. Great work Lili!