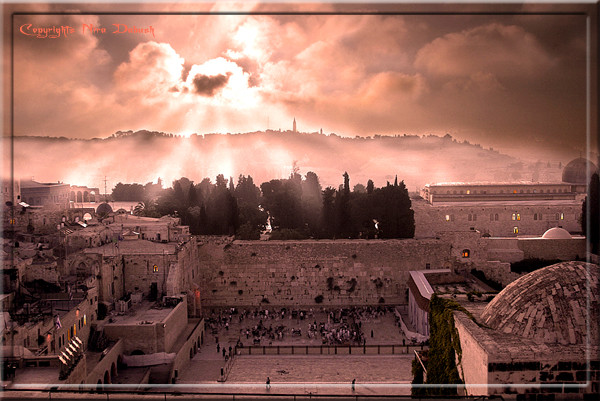 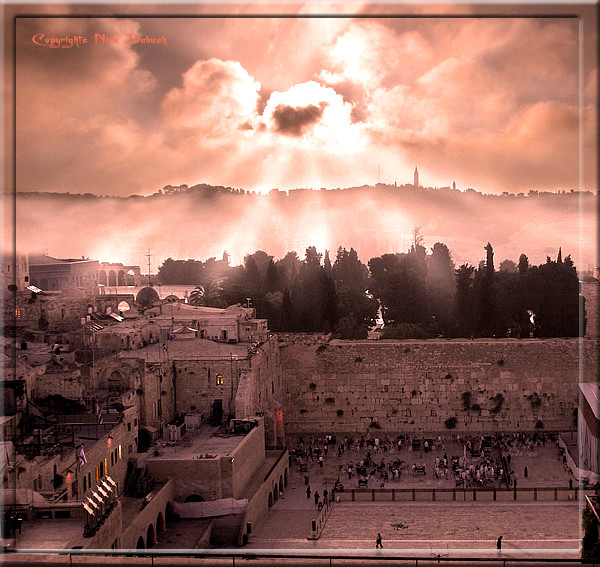 i visited ,East Jerusalem,Nov ,21 ,06,in this most holy place i pray,for myself and those love or care for me,those that are very close to me,and others,from all around the world,that are close to my heart,asking for TRUE miracles...the suitable miracle for each,with my understanding,That the powers of creating ourselves miracles is found deeply inside of our minds combined with the will of our hearts,no matter what religion we were born to..no matter ,if we are religious or not..and I'm talking as non -religious person,but a believer in the power of our mind to create what most suitable for us,if we truly always believe this.God ,or the infinite understanding, that is inside each of us give us the tools to create the BEST for ourselves. In the photos,is the Western Wall,East Jerusalem.At the bottom,the left side,you can see 6 lamps in shape of stars of David,in memory of 6 million Jewish that were killed in Holocaust . The Western Wall in the midst of the Old City in Jerusalem is the section of the Western supporting wall of the Temple Mount which has remained intact since the destruction of the Second Jerusalem Temple (70 C.E.). It became the most sacred spot in Jewish religious and national consciousness and tradition by virtue of its proximity to the Western Wall of the Holy of Holies in the Temple, from which, according to numerous sources, the Divine Presence never departed. It became a center of mourning over the destruction of the Temple and Israel's exile, on the one hand, and of religious - in 20th century also national - communion with the memory of Israel's former glory and the hope for its restoration, on the other. Because of the former association, it became known in European languages as the "Wailing Wall".```````````````````` In visits to the Western Wall,people put notes with prayers..or wishes from god,inside the holes of this holy wall-"HAKOTEL HA'MA'AARAVI". Today is the first day,first candle of Hanukkah..celebrating the miracle of LIGHT for 8 days. Happy holidays...Happy Hanukkah... Peace..Love and LIGHT to ALL..FROM ME. P.S:More photos from the Westen Wall and East ,Jerusalem will posted in future.

This blows me away, Nira! So inspirational!! ^_^

Jesus Christ loves you and is in your heart everywhere we go, amen!!!

Spectacular, Nira!!! All is perfect: the atmosphere, he sunset, the colours.. and the text!!!