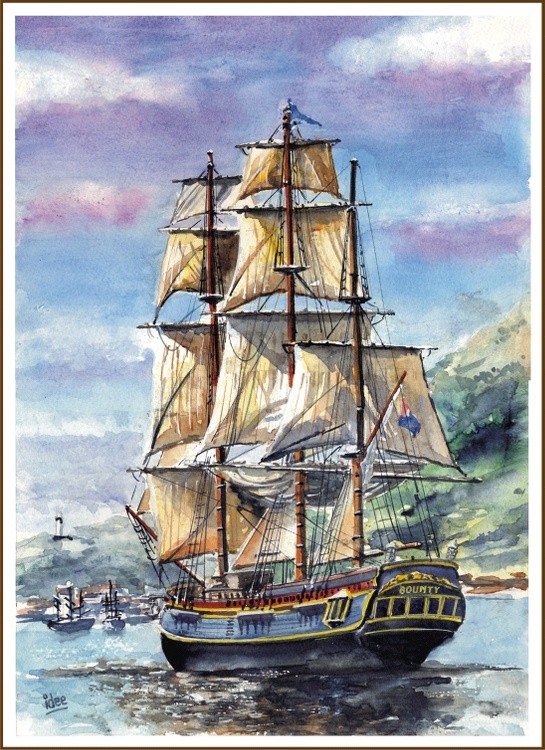 The story of the Bounty's journey is well known. The watercolor shows the ship preparing to anchor, with the vessel turned with the head in the wind and the sails as such acting as brakes. The image of the ship is the replica, built in the late 1950s, for the movie "The mutiny on the Bounty" and later featured in the movies "Pirates of the Caribean". On October 29, 2012, this replica perished in Hurricane Sandy where 14 people of the 16-person crew drowned.

Artist Reply: Many thanks Alan

The detailed ship and the sky at sunset are beautiful. Did not know about the sails acting as brakes when turned into the wind preparing for anchoring. You must know how to sail.

Artist Reply: Thanks Linda, I am very intersted in ships, especially sailing ships, so I did read a lot about them, but I can not sail.