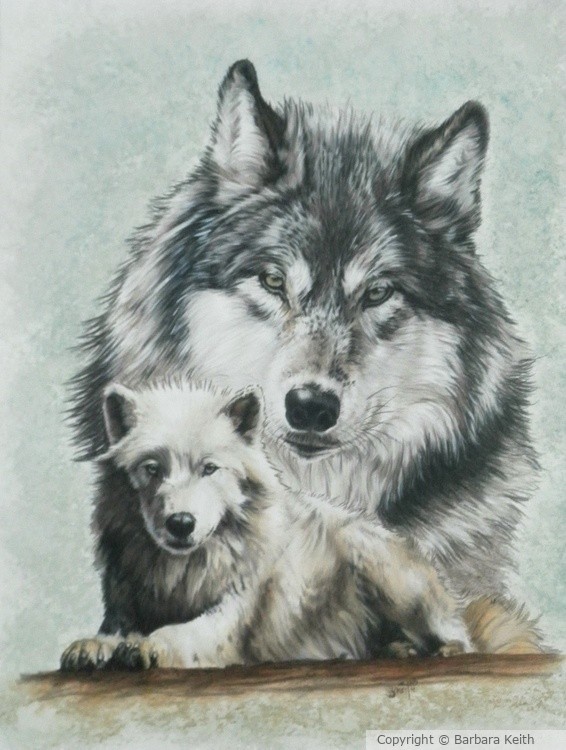 The Alaskan tundra wolf (Canis lupus tundrarum), also known as the barren-ground wolf, is a North American subspecies of gray wolf native to the barren grounds of the Arctic coastal tundra region. This subspecies only inhabits the tundra regions along the Arctic coast of northern Alaska. It was named in 1912 by Gerrit Smith Miller, who noted that it closely approaches the Great Plains wolf in skull and tooth morphology, though possessing a narrower rostrum and palate. It is a large, white-colored wolf closely resembling C. l. pambasileus, though lighter in color. This wolf is recognized as a subspecies of Canis lupus in the taxonomic authority Mammal Species of the World (2005) (Wikipedia).

Such a handsome wolf expertly painted. I didn't know there was a subspecies to wolves. Lately they have an ad running on TV with running and leaping dogs reminding us that all dogs are descended from wolves so feed them product XYZ

Artist Reply: There are so many subspecies of wolves it's fascinating.. and thank you

WOLF OR NO WOLF I'D LOVE TO HUG THEM. BEAUTIFUL WORK.

Artist Reply: You can, at your own peril.. and thanks as always