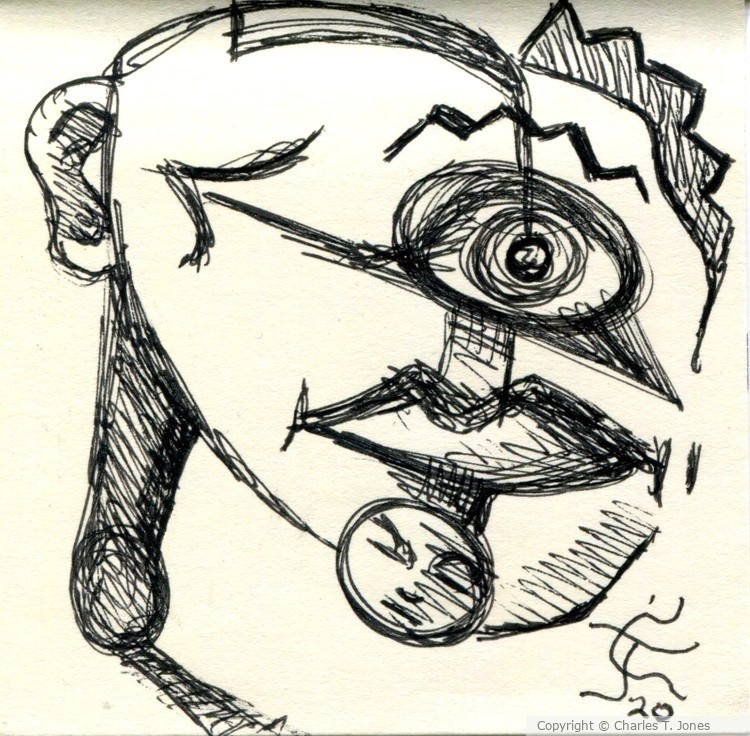 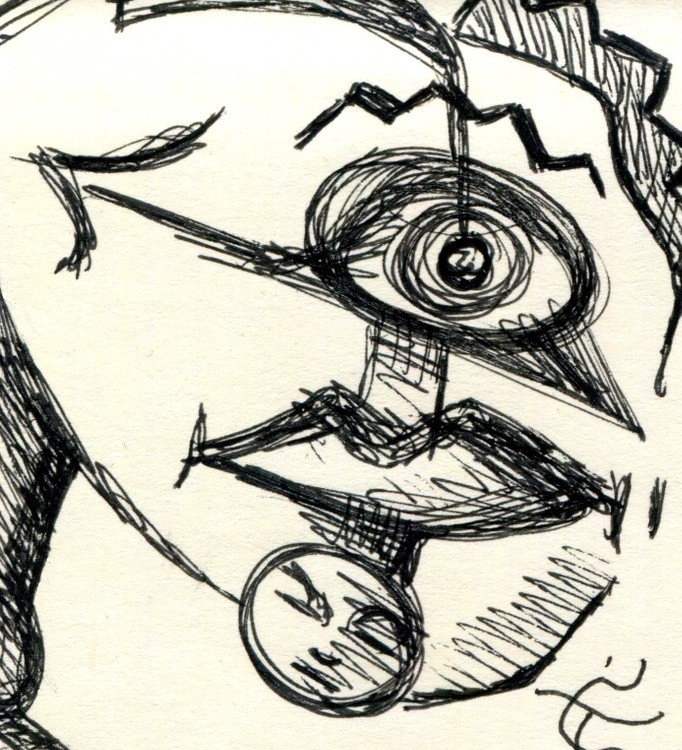 I get this overwhelming feeling of instability nowadays, of a great mass teetering on the brink. Never has this feeling been brought home more, made more distinct and alarming, than now. Some folks have never grasped the fact that they are part of a greater organism, that what they do as individuals affects the health and well-being of the larger. The 'weak link' theory is no longer theoretical, it is factual. What a few do now, good, bad or indifferent, will have a much greater impact than the majority imagines. This is primarily so because most cannot fathom the implications beyond their own tiny spheres, whether they blow those spheres up like puffer fish do or not. Selfishness and stupidity have always been killers but they cast a much greater shadow during this calamity. This is a quick sketch on a 3 by 3 inch sticky and is a pertinent example of Original Jones Art as he teeter tots along in northwest Austin, Texas.

I Understand your problem with humanity. It is easy to evaluate everyone as falling short and in need of direction... There is help and it is only a prayer away...I won't preach to you but remember all is not lost...History will prove itself to be in control of a higher authority who has not forsaken us.