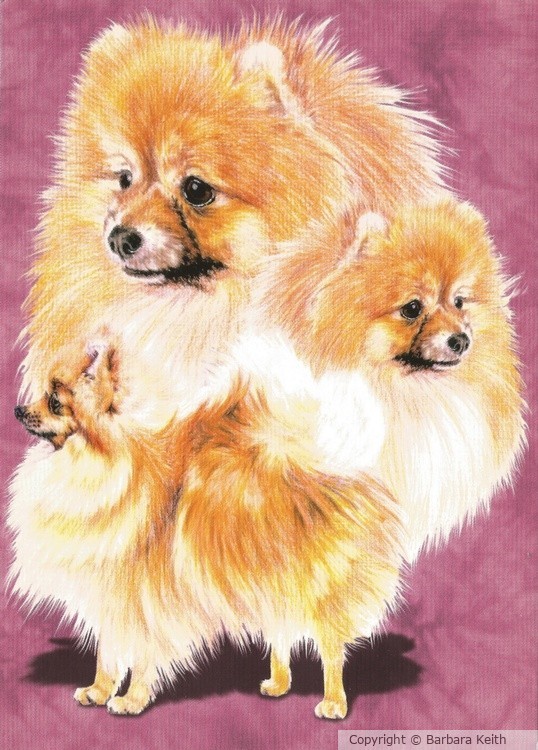 The Pomeranian (often known as a Pom) is a breed of dog of the Spitz type that is named for the Pomerania region in north-west Poland and north-east Germany in Central Europe. Classed as a toy dog breed because of its small size, the Pomeranian is descended from larger Spitz-type dogs, specifically the German Spitz. It has been determined by the Fédération Cynologique Internationale to be part of the German Spitz breed; and in many countries, they are known as the Zwergspitz ("Dwarf-Spitz") (Wikipedia).

Cute and fluffy toy dog. I now know where they come from. Have only seen one in all the time I have lived here.

WELL DONE. MY SISTER IN LAW HAD A COUPLE OF THESE.