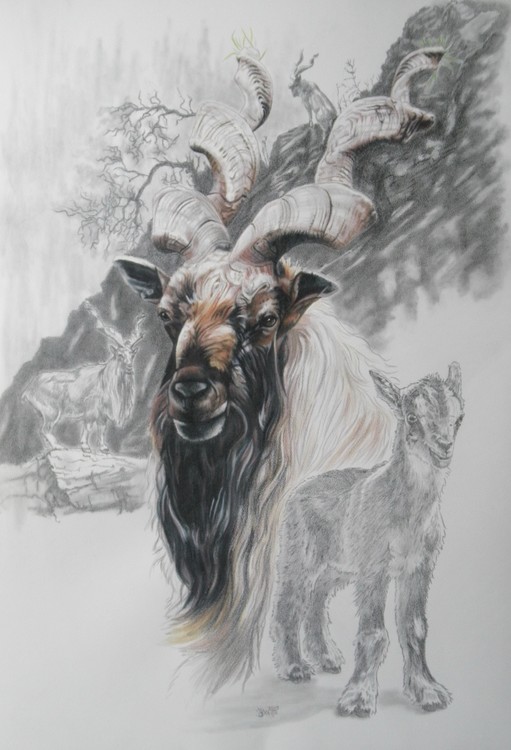 The markhor (which is also known as the shakhawat) is the national animal of Pakistan, most likely because it can be found in several different regions throughout the country. In 2018, Pakistan International Airlines formally rebranded and added a markhor image to the tail of every plane. It’s thought that the animal’s name from the Persian words mar (meaning “snake”) and chore (meaning “eater”). The origin of this name is unknown, but most likely it’s because male markhors have been known to stomp on snakes in order to kill them. But they don’t eat them (they’re herbivores, remember?); they’re just protecting their harems of females from danger. Like cows, markhors can often be found chewing their cud after eating. In the process of chewing, the cud often falls out of their mouths and onto the ground. Locals insist that this substance is helpful for treating snake bites and other wounds, so it’s popular among people who prefer natural remedies (greenglobaltraveler.com).

MARVELOUS WAY YOU PUT THIS ALL TOGETHER. WONDERFUL AS USUAL.

Artist Reply: it's definitely a break from normal.. thanks

Thanks. I learned a new word - markhor, a very tough animal that is the national animal of Pakistan. Excellent drawing and composition.

Artist Reply: You're welcome and thanks also