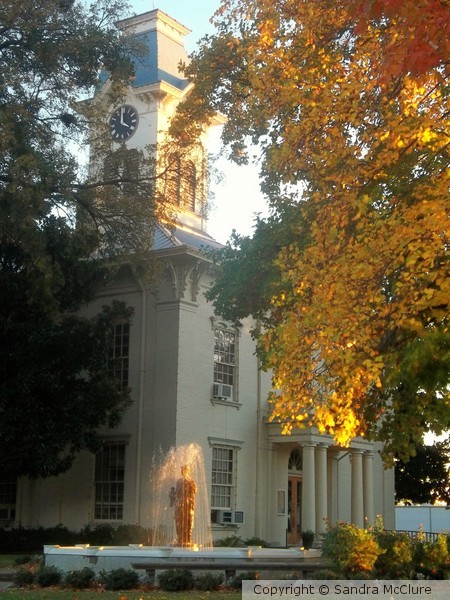 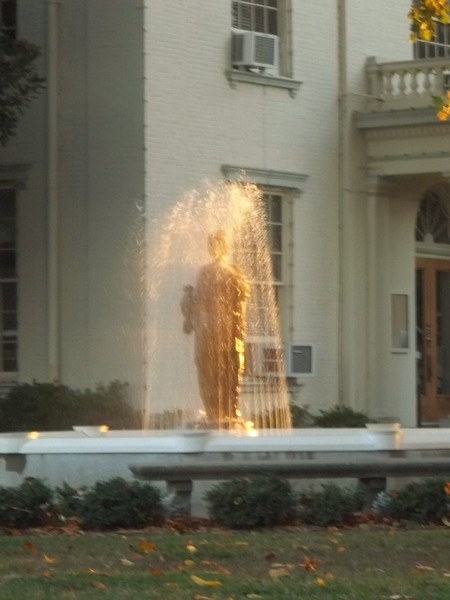 The beautiful Hebe statue on the grounds of the court house in Van Buren, Arkansas. The autumn light cast a glow as the sun began to set. The court house is the oldest one west of the Mississippi and it is a great piece of architecture. It was originally built in 1842 and rebuilt in 1877 after a fire.

Artist Reply: thanks to all the people who left comments. All my replies are coming back as if the email addys have been changed.

Artist Reply: Thanks Brenda have a nice summer

Love the way the light reflects through the water as well as the way the leaves compliment the stature. Beautiful.