Home / Artists / Olga van Dijk / Image Detail
Note: Before you can add favorite images, you must be a ArtWanted.com member. Login now or create your free account. 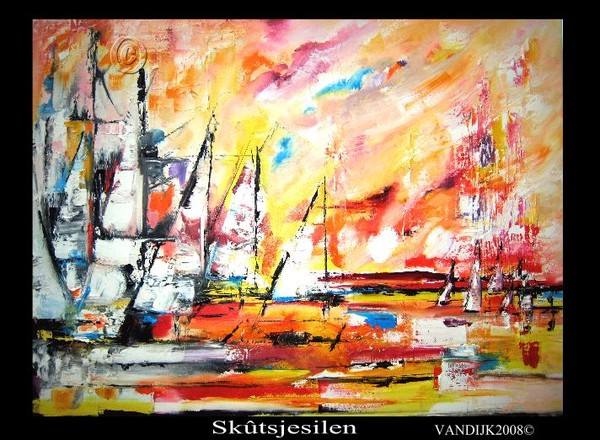 Skûtsjesilen (pronounced "skoo-jee-zee-lin")
is a race between 14 traditional sailing ships; it is held in the north of Holland
(in the province of Friesland), at the end of July/ beginning of August.
This race attracts thousands of visitors each year.

This is an other oil impasto.
Since an oil impasto would take up to a year to dry, I first used a modeling paste
to texturize the canvas.
Then I painted this oil with big rough bristles (dry brushing technique)
and lots of different palette knives.

Copyright Olga van Dijk 2008©
Unauthorized copying or use of images is prohibited.

i just love it olga

Impresive art and your work Olga