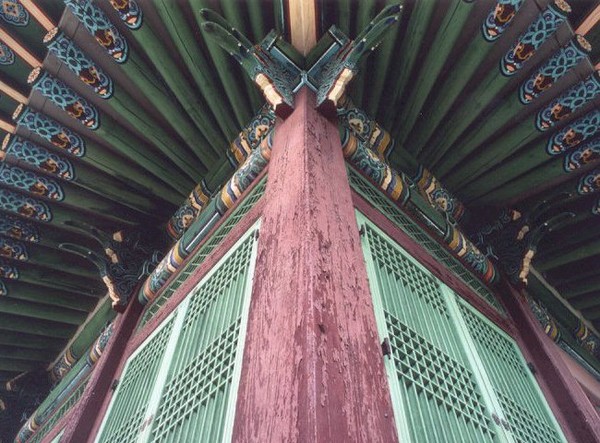 I visited South Korea in 2002 and a friend showed me around a palace (forgotten the name) in Seoul. Apparently this was a very important palace but during the Japanese occupation of Korea they turned the place into a zoo, something the Korean people are not impressed with. Renovating the palace and restoring it as a national treasure has helped build up the pride of the people of South Korea. I wanted to try to capture the building design in a different way that I had been doing with Japanese temples and Chinese structures, which are very similar (no surprise) and so I stood below this corner with a 20mm lens and tried to capture the peacock feather pattern of the architecture.

You have a really nice eye Peter. I love the composition here very much. The muted colors are quite interesting as well.

Artist Reply: Thank you very much, Tracy. I tried to find a different way from my usual style of photographing this old palace. I was pleased with the graphic design from this angle though it was a struggle to get the symmetry right.