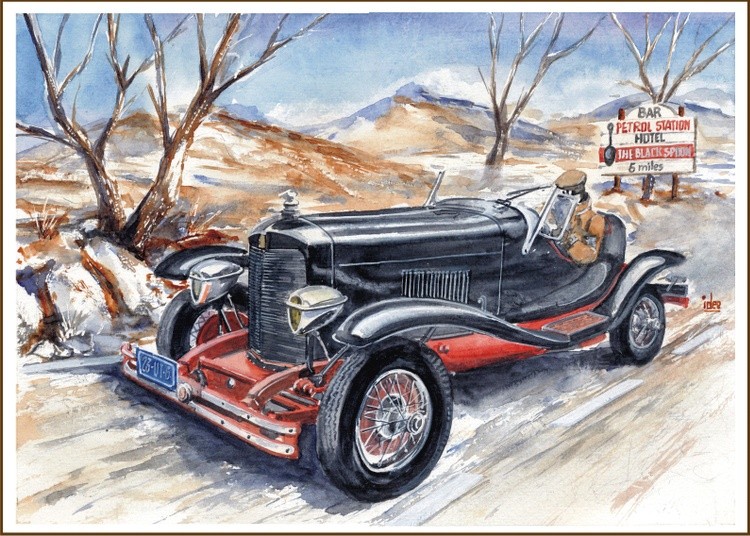 Generally when one hears “DuPont” they associate it with chemicals and paint – the company created Nomex, Teflon, Freon, and a slew of other products. For a brief period in the first part of the 20th century though, DuPont threw their hat into the game of manufacturing cars. After producing marine engines during WW1, DuPont turned their aim to luxury automobiles rivaling American contemporaries of Packard and Duesenberg. The first DuPont Model A was introduced in 1919, and ten years later this 1929 Model G Speedster was born. Image size: 260 x 360 mm

I LOVE EVERYTHING ABOUT THIS FANTASTIC PAINTING, IVO.

ah... another obscure beauty, Ivo. Love the headlamp housings. Looks like a boat-tail. By your petrol sign, I take it you found this on your side of the Atlantic ?

I did not know DuPont manufactured cars of high quality or that they had produced marine engines. This is such an interesting painting to look at and I can feel the cold as he drives in the winter.

Artist Reply: Many thanks Brenda