Winter vicissitudes on the channel 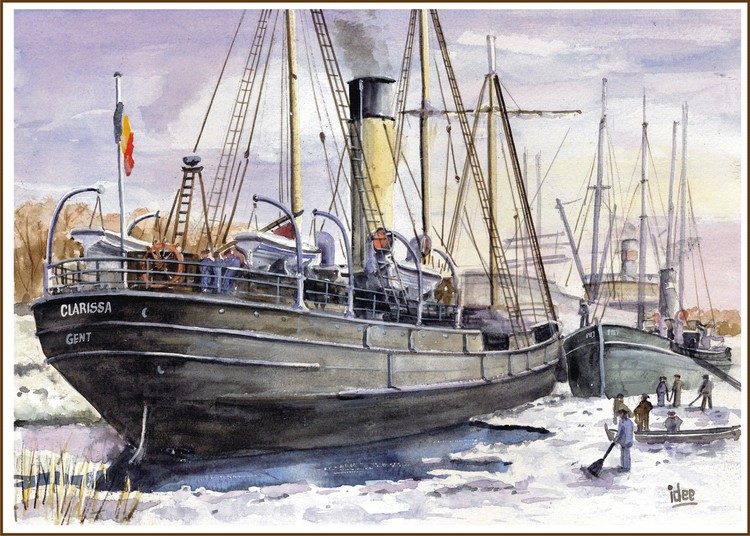 The channel between Ghent and Terneuzen and the connection with the Northsea has not always been the large fairway it is today. At the end of the 19th century it was still a modest canal . In those days, in winter, ice could be a serious kill-joy for the traffic of the seaships. Like the watercolor shows they were obliged to lie up along the shore, hoping the ice quickly melted away and could only safeguard their ships against ice-damage. Image size: 260 x 360 mm

Ice... the bane of the seafarer. Travel draws to close... and it's time to think and prepare for the next thaw. Every story deserves a good illustration. Thank you again. J

Artist Reply: You are right James, thanks