"While stands the Coliseum, Rome shall stand" 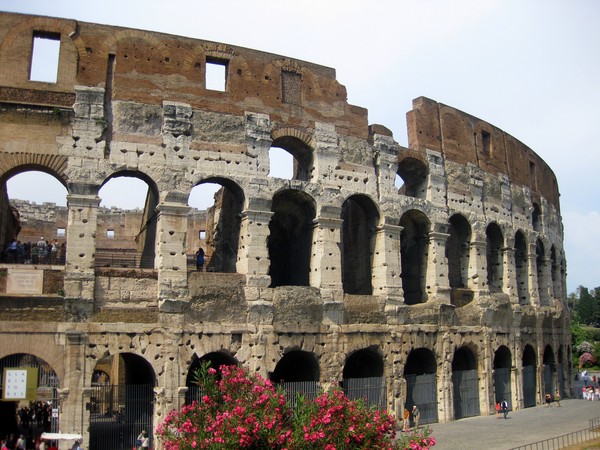 “While stands the Coliseum, Rome shall stand; / When falls the Coliseum, Rome shall fall; / And when Rome falls - the World.” (Lord Byron) *** The Colosseum is an elliptical amphitheatre in the center of the city of Rome, Italy, the largest ever built in the Roman Empire. It is considered one of the greatest works of Roman architecture and Roman engineering. Its construction started between 70 and 72 AD under the emperor Vespasian and was completed in 80 AD under Titus, with further modifications being made during Domitian's reign (81–96). Capable of seating 50,000 spectators, the Colosseum was used for gladiatorial contests and public spectacles. The building ceased to be used for entertainment in the early medieval era. Although in the 21st century it stays partially ruined because of damage caused by devastating earthquakes and stone-robbers, the Colosseum is an iconic symbol of Imperial Rome. It is one of Rome's most popular tourist attractions. (Wikipedia) *** The photos were taken on June 26, 2010.

IT IS STILL LOOKING GREAT TODAY. THANK YOU, LILI, FOR YOUR GREAT PHOTOS. I WAS THERE YEARS AGO. ARE ALL THE CATS STILL THERE?