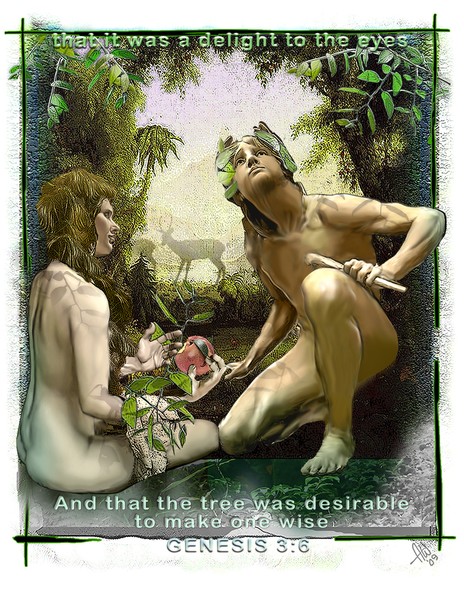 From Genesis 3:6 "..she took from its fruit and ate and she gave also to her husband with her and he ate." The illustration freezes Adam's moment of hesitation. He would soon choose to join Eve who he loved, knowing that it would bruise the fellowship with his Creator. Adam's "sin" was the choice of his Eve before his God. The choice was difficult but deliberate and uncovered an inclination to prefer creation over Creator. 2000 years in the future, another choice would involve an old man's sacrifice of a son as a test of faith. Abraham loved his son Isaac but believed God could raise him up again since he was God, the creator of life.

Very beautiful, these Genesis series!! I love your descriptions also so much, Andrew!