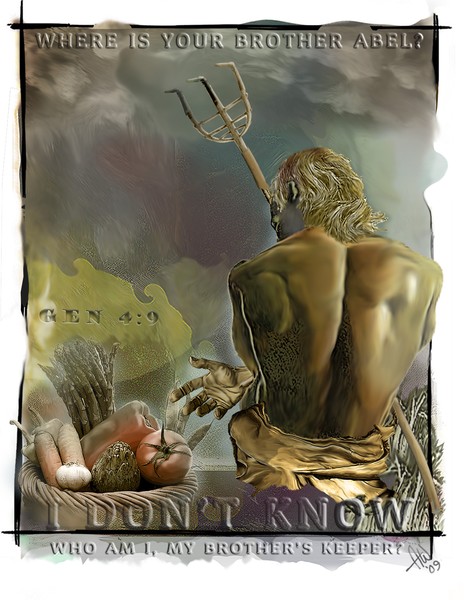 Genesis 4:9 is when Cain earns a reputation as the first murderer and the illustration attempts to depict the first "attitude" (who am I my brother's keeper?) Cain couldn't accept God's disregard for his offering and accepting Abel's. It wasn't fair. Cain was a farmer and Abel kept sheep so a lamb offering was easy for him. Sacrifices to God were never meant as achievement contests and blood was required for sin offering. Cain knew this but believed the fruit of good work could cover any "alleged" sins. Instead of repenting, he kills his brother and settles east of Eden with his attitude in the land of Nod (unrest and wandering). God would keep to His own rule 4000 years future with His personal sacrifice.