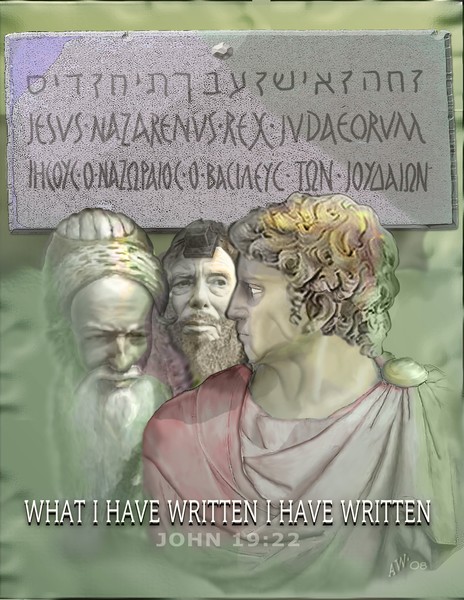 From John 19:19-21 Although three languages were not typically used, proclamations of why people were executed were customary. John writes in his gospel that Pontius Pilate wrote the inscription "Jesus the Nazarene the King of the Jews" in Hebrew, Latin and Greek. It was being read by many Jews which is why the chief priests approached Pilate saying do not write "the king of the Jews", but that he said "I am king of the Jews". It is conjecture whether Pilate became a true believer or whether he was fed up with the priests who ruined his day by using him to execute a Jew under Roman law for a Jewish accusation of sacrilege. His response warranted illustration.

Very beautiful composition with great expression. I also like the description very much. This would look good in the Bible art Group! :)