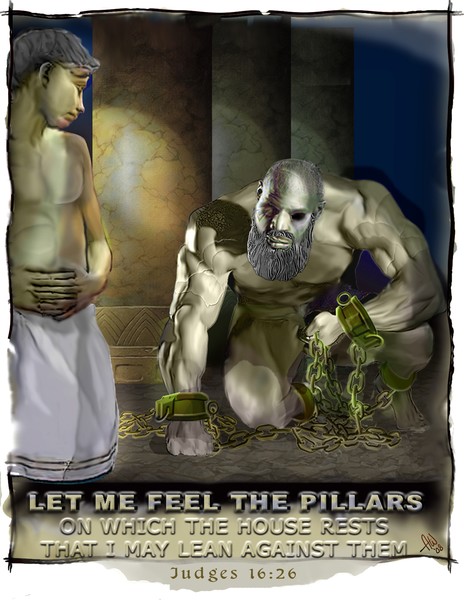 Samson's mother was barren until an angel appeared to her and said "For behold, you shall conceive and give birth to a son and no razor shall come upon his head, for the boy will be a Nazirite to God from the womb and begin to deliver Israel from the Philistines". But Samson did his own thing and Delilah helped with his loss of hair, strength and eyes. The illustration is just before his end. His scriptural epitaph is written in Judges 17:30; "..so the dead whom he killed at his death were more than those whom he killed in his life"