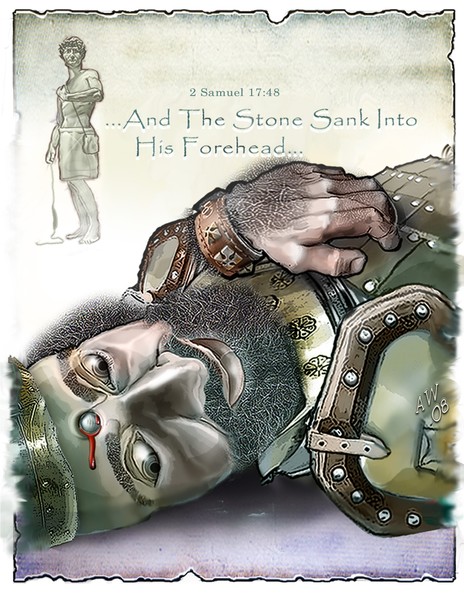 From 1 Samuel 17: 26 "Who is this uncircumcised Philistine that he should taunt the armies of the living God?" This was the innocent question of a teenage David that angered his older brother in the army. Saul the king, attempted logic with the boy saying "you are but a youth while he (Goliath) was a warrior from his youth". Goliath was 10 feet tall with the 12 fingers and toes characteristic of his family from Gath. This became a familiar episode of faith, attitude and preparedness. (David also carried stones for Goliath's brothers in the audience)