When the Flood Comes 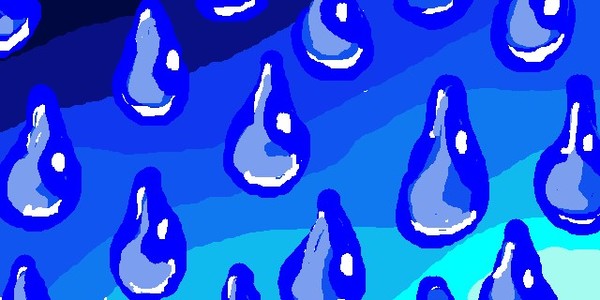 (c)2008 It's time for some rain, at least where we're at. Strange how it's summer in the north hemisphere,...but winter in the south. Hard to believe,...but in the first world age there was no rain, and no snow or snowcapped north and south poles,...just perfect 70º temperature everywhere. All of us,...God's children,...nearly twelve billion,...no oceans,....living and having fun with the dinosaurs. But not in our present flesh bodies, but in superior spiritual bodies living for millions of years until Lucifer blew it for all of us. What tremendous fun it must have been way back then with God's high technology we still see appearing here and there around the Earth throughout this age in the flesh,....this time of testing. Like Luke Skywalker on some barren planet with a galaxy at war in the heavens above him he couldn't see or hear,...but the old wise man Obiwan tells him of it. Not to pollute God's Word with sci fi fantasy,....but the war is hot and heavy right now,...good being called “crazy old man”,....against evil being presented to everyone to look oh so good. Take up your spiritual armour and get into the war on the winning side,....the small minority of God's soldiers,....disciplined,....in the ranks,....ready to do war against the first,.....fake,....Messiah to arrive in those high tech ships of “fantasy” promising everyone he going to rapture them off the Earth before the antichrist gets here. But one thing he don't tell you ,....he's the antichrist,...Satan,....fake Jesus. Beware! For access to the legal system or to prevent or repair identity thieft go to : www.prepaidlegal.com/hub/gregoryd_97

Must be all the different shades of Blue, or the fact that I know it is a picture of rain, but whatever the reason it is very calming. :)

love the drops so neat

powerful and great!! love it!