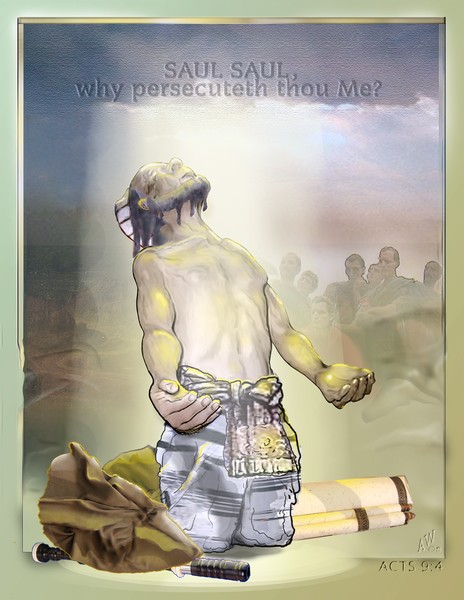 The early church was known as "the way" before calling themselves "Christians", and Saul's conversion on the Damascus road was a turning point in the early church's history. Before conversion, Saul believed in serving God by tracking down believers for imprisonment or execution. His Damascus trip was for this reason when traveling companions saw the whole incident. Only Saul understood the voice from the light, and was led the rest of the way because of a 3 day blindness. Sight returned in Damascus with the aid of a nervous believer. 32 years later he would be martyred as Paul the apostle who's letters to the Christian churches would comprise almost a third of today's New Testament scriptures.