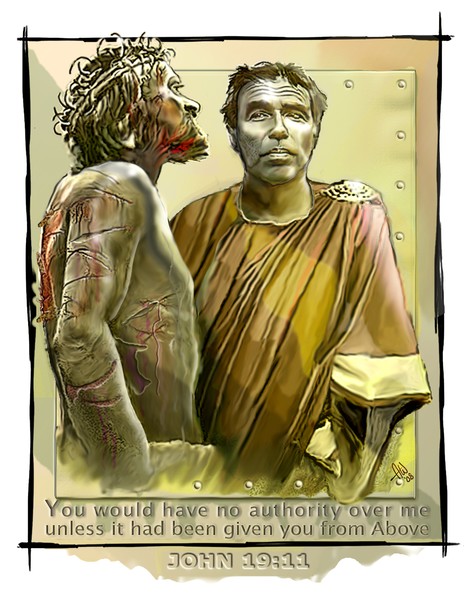 Pontius Pilate regards Jesus with a superstitious awe but is annoyed at this Jew's silence during accusations against him from the Jewish crowd. Scourging by the soldiers is sufficient to remind upstarts of Roman punishment, but people hate this man enough to demand the cruel execution. Pilate's charge is to keep the peace. He arrived in Jerusalem during Passover to preserve order as governor. He curtly asks Jesus "Do you not know that I have authority to release you and authority to crucify you?" Through the pain, Jesus' answer is illustrated. This afternoon's significance would be realized by many to come and effect all to be.

THIS IS MOST MOVING AND INSPIRING, THE BEST OF RELIGIOUS ART!