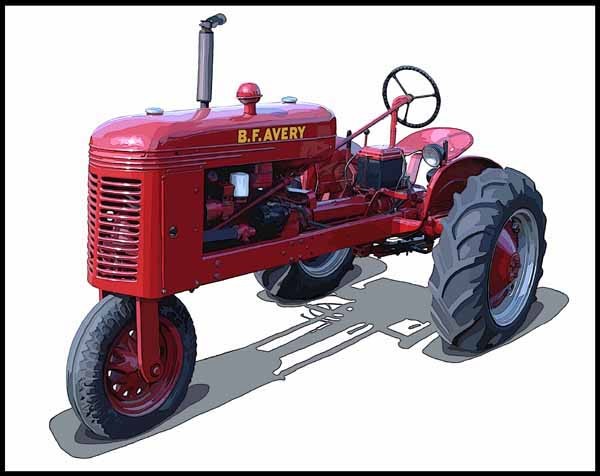 Benjamin Franklin Avery first started making plows in Clarkesville, Virginia in 1825. In 1845, he moved the company to Louisville, Kentucky. By the end of the century B.F. Avery was the World's largest plow manufacturer. In the 1930's Avery designed and built a system of tractor implements they called "Tru-Draft" which would be used on the Cleveland Tractor Company built General GG. This small tractor proved popular with garden farmers and was also sold by Avery as the Model A, by Montgomery Ward as the "Twin-Row" and it is believed only in Indiana as a Co-Op. Avery later purchased the equipment and rights to the tractor and moved production to their Louisville plant. In 1951, B.F. Avery merged with Minneapolis-Moline.