A+ MOve for Africa 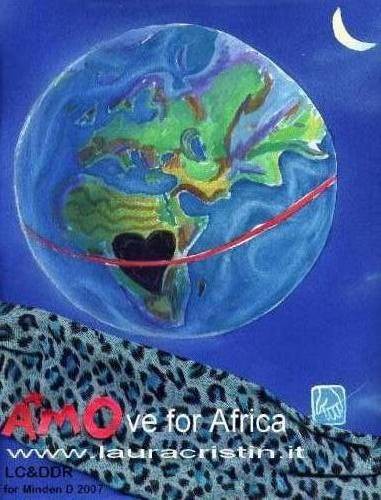 cm 30x25, from one image of my "Viaggio fantastico intorno al mondo" (1996) revisited to became a card for the performance "A+ MOve for Africa" (Minden, Germany, 17-19 August 2007).It embodies another step along the 'sherenaDa' poetic, performing in A major chord music by Dario Della Rossa as a metaphorical research towards/from a starting point that one can find in the black heART of Africa, but also in his own centre as human being.