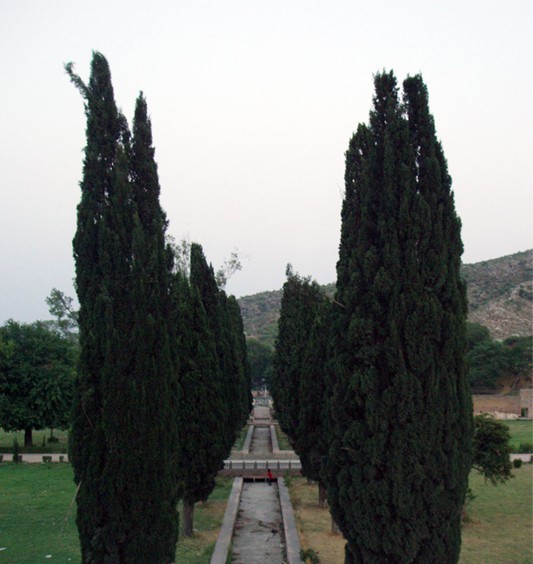 :A garden is the purest of human pleasures: Mughal Emperor Babar. Members of Babar's family created the Wah garden. The Mughal/Wah garden has been described as a Manzil Bagh, that is, a place where the Mughal royals and nobility rested and stayed while traveling between Kabul, Kashmir, Lahore and Delhi. This is on 5 minutes drive to my birth place "Wah Cantt".

You take us to a place where traquillity and peace governs.

Looks like we had the same vision today...keep up the good work and thanks for your comments...BTW I showed my husband your HP series.He loved it LOL!

The place really has a feeling of antiquity doesn't it? Interesting shot, M. Usman Ul Haq. :)