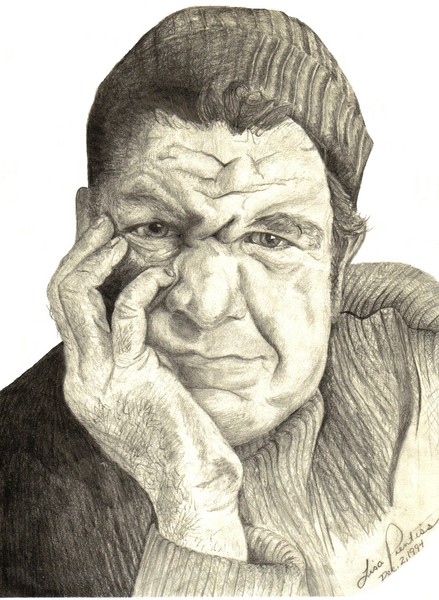 Pencil drawing of an old man. (although I dont think he looks old now, when I drew him-I titled it...The Old Man) My art teacher in eighth grade,Samuel Hordges was a very strict man, he pushed me like no one ever has since. He asked me to draw this for him from a 1X1 inch color picture, When I finished it...he came up and said "nice...then ripped it up and said do it again!" So I drew it again and this time it was better..but still, he tore it up and said "do it again!" So I did...this went on for several attempts until when I finished this one I said I'm finished and just burst into tears. He ran over looked at it and started yelling "You did it! You found the passion for ART! The passion you need to truely be an artist!" I had never seen him so proud...of anyone. He was and is still one of my greatest inspirations!

This is a great piece. Such talent.

Pretty awesome, both: the drawing and the story!

Artist Reply: Thank you so much Monika!

This is beautifully done! I love the story behind it, too. Your art teacher was right. You definitely found your passion and true talent in art.