The Traveller:Echoes of a past life. 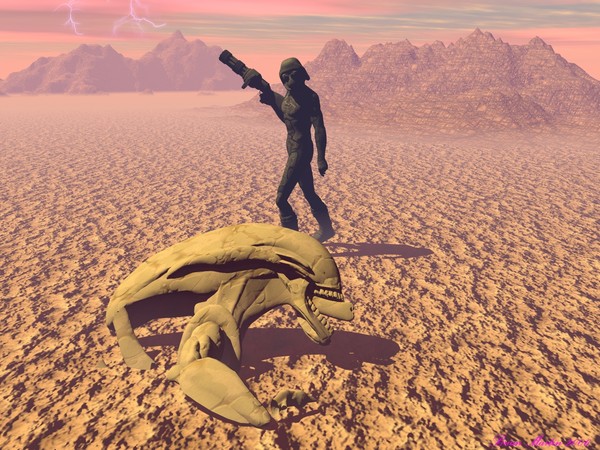 the traveller discovers a skeleton of an extinct life form. can you recognize the species?They were the most lethal aliens in the universe until they were wiped out by another species known as the Predators. This is the first in a hopefully long series of images that places the traveller in contact with many ledgendary characters and icons from film and tv. hope you enjoy.

Artist Reply: THANKS SO MUCH.

Artist Reply: many thanks