Rainbow Over Barn on Mormon Row 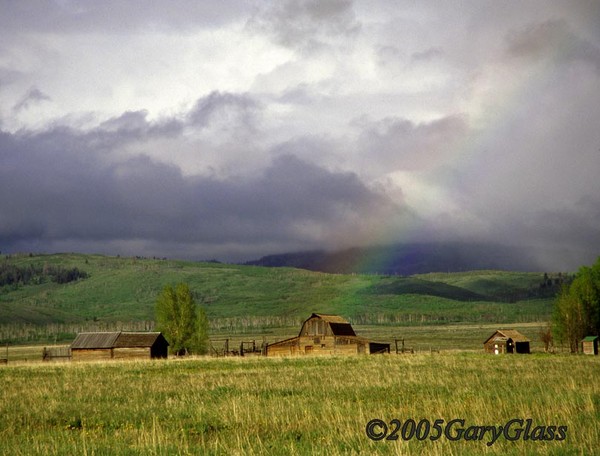 This is the other end of the rainbow that began with my Mormon Row Field Rainbow image. The Distance from this barn on Mormon Row and where the rainbow began in a field is about a 1/2 mile away. A storm had just past through and a rainbow materialized for about 5 to 8 minutes and the sun is starting to set behind the Grand Teton Mountain Range so it added a very nice warm lighting to the overall image.Jackson Hole Wyoming (Part 1 of Rainbow over Mormon Row Series) ©2005GaryGlass

Rainbow is lovely. Another great shot.

Lovely photo...with the rainbow right behind the barn.

This is a really nice shot Gary.