Do Birds Sing The Blues? 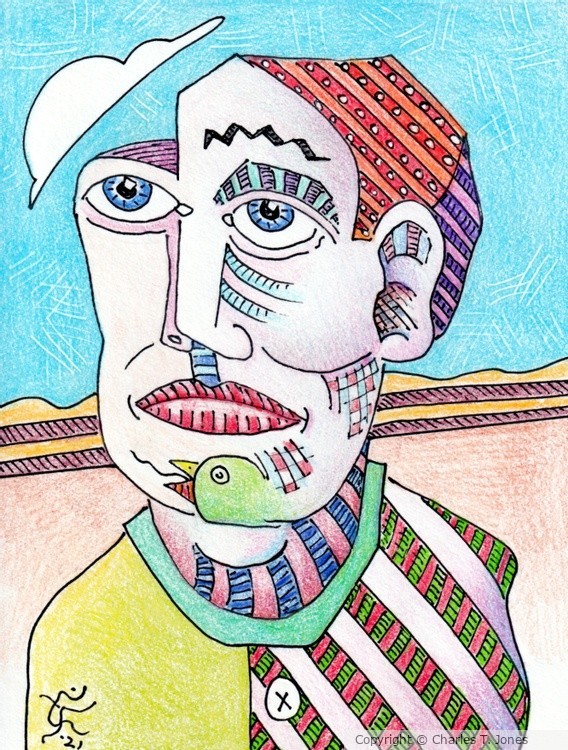 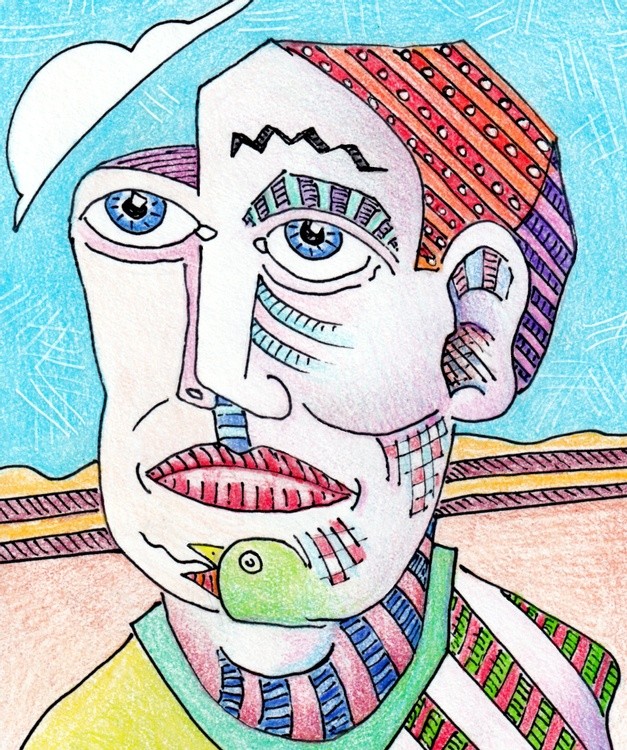 I have a neighborhood crooner I listen to every day. He bounces between three different trees and often sings even on the wing. He is the state bird of Texas, the Mockingbird. He's called this because he mimics other birds and other sounds it hears. The one in my neighborhood has a rather extensive sonic vocabulary and isn't afraid to use every sound in his arsenal. His enthusiastic singing sometimes makes me laugh; so much sound from a little thing that weighs just a few ounces. So my question is quite rhetorical. No, I don't think birds get the blues at all. That is a human trait and is probably caused as much by too much leisure time as by unrequited love. Though I hasten to add that such one-sided love conditions can feel more than a bit like dying. This is a 6 by 4.5 inch gel pen drawing with color pencil. It's another of those bits of Original Jones Art that helps keep the blues at bay here in northwest Austin, Texas.

I love your thought provoking title! I agree that birds more than likely do not get the blues.

Artist Reply: Thank you, Ginger! I enjoy listening to the birds when I go outside. Like I may have mentioned, there's one Mockingbird who gives concert after concert in a tree across the street. :)