Evolution On A Sliding Scale 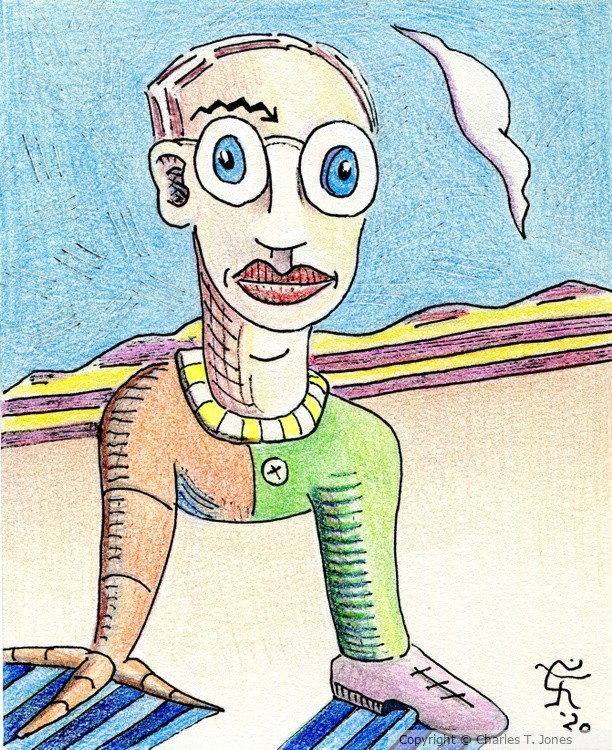 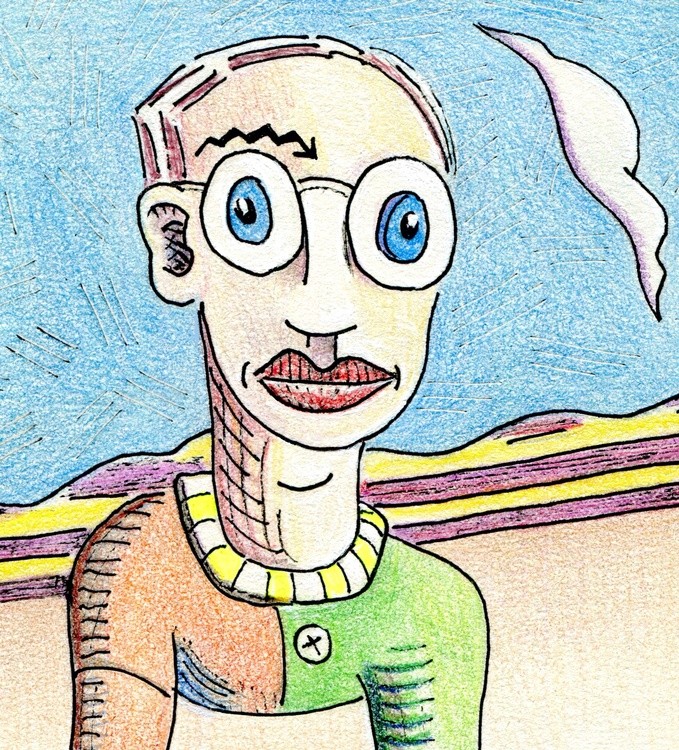 Evolution that varies in accordance with the variation of some standard. Trouble is, there doesn't appear to be a standard with which to calculate change. It is insidious, unrelenting and doesn't appear to play by the rules. Now some folks call this progress and some folks, like Mark Mothersbaugh, calls it de-evolution. Whatever it is, it's giving us an ever widening gap between the haves and have-nots. And as the population of earth increases, there are more and more of us humans who get by with little and even that will eventually become less. I don't know what the solution is. Humans have a tendency to hug complacency as though it were a security blanket and they were still two-year-old's. This is a 6 by 4.5 inch gel pen drawing with color pencil. It's not your average image but neither is it a complacent one by Original Jones Art as he asks for change but gets a quarter instead in northwest Austin, Texas.

Artist Reply: I get a little 'wordy' these days, Mark. Probably fed by a constant stream of drivel masquerading as news. It might interest you to know that I have more on-line friends out of state and/or country than I do within a 15 mile radius of where I live. And with everyone scared out of their collective boots by the virus, few (one?) have welcomed interaction over the past 6 plus months. This has probably fueled my many recent 'face' drawings. Hope you are doing great. :)