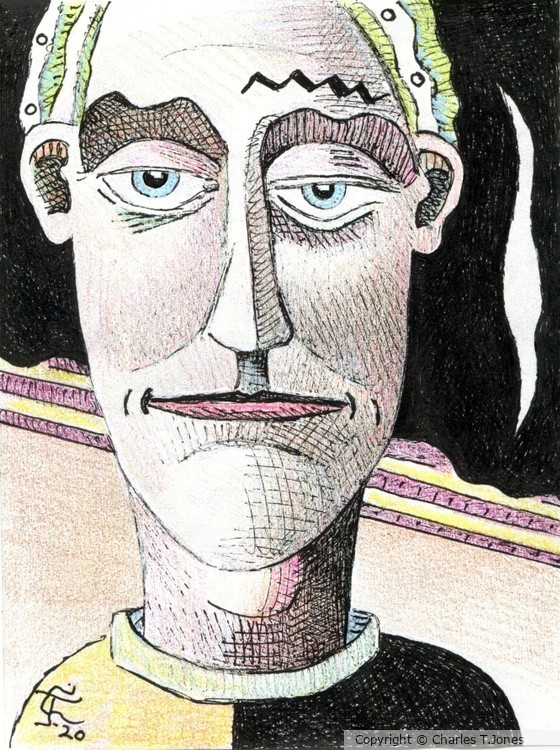 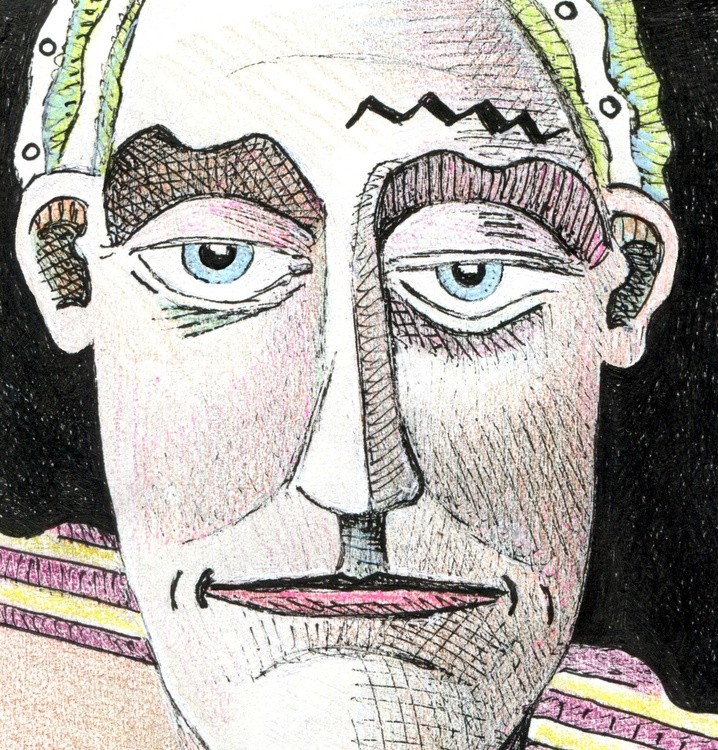 I've been accused of having a thin upper lip and, on occasion, of having protruding ears. These two physical characteristics are more genetic or accidental than anything else. Anyone who takes note of such things are merely reflecting their own depth of character, of maturity, than they realize. But there is a big difference between being thin-lipped and tight-lipped. One is based on physical appearance and the other on the absence of action. People who know me can (and probably will) say that Charles speaks his mind. Ah, maybe 'there's the rub' as Willy once said. Speaking out coherently isn't in everyone's bag of personality tricks---or is that 'hacks'---I've noticed. Maybe that explains folks' penchant for pulling out the bodily violence card in about the time it takes to drop a hat? This is a 6 by 4.5 inch gel pen drawing on medium bond acid-free paper. I also used color pencil. This is a just another small example of Original Jones Art as his voice is weakened by activity in northwest Austin, Texas.