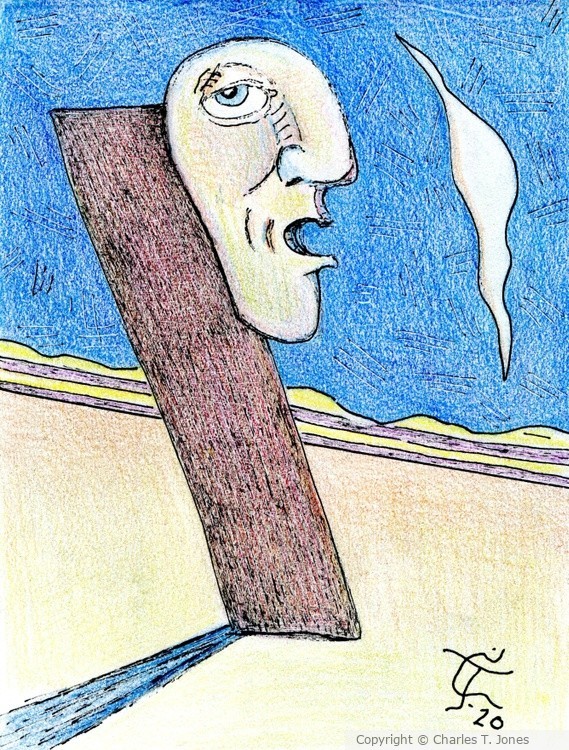 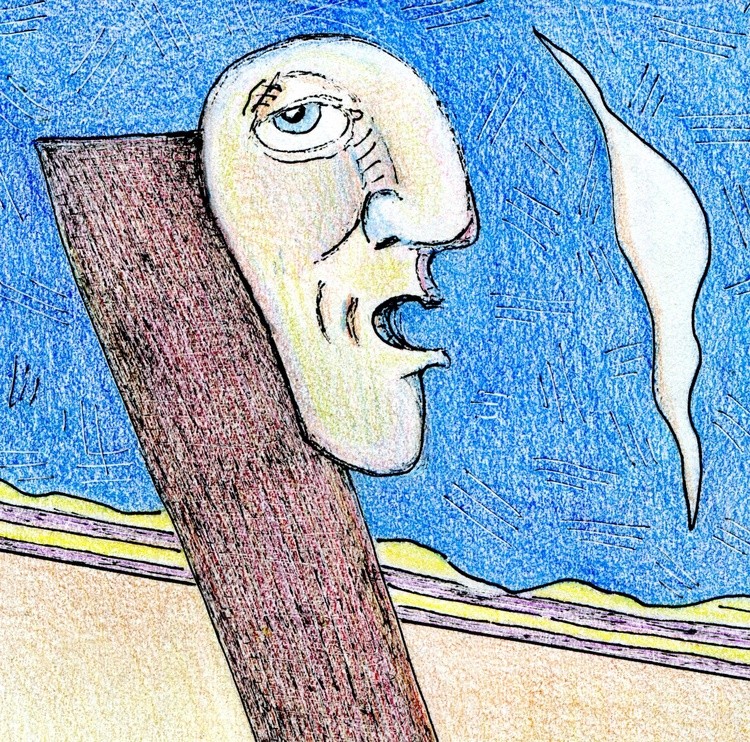 In this context 'post' is a prefix, meaning “behind,” “after,” “later,” “subsequent to,” “posterior to,” occurring originally in loanwords from Latin (postscript), but now used freely in the formation of compound words, such as post-apocalyptic, for instance. So what would a world post-mankind (as we know it) look like? This is a 6 by 4.5 inch gel pen drawing with color pencil. My original of this was in watercolor on thin paper and though it came out okay, the paper wouldn't give up its wrinkly look. I guess 'Hey, Mr. Post-Man' would be a completely different tune with this thought in mind. This is how Original Jones Art's mind works here in northwest Austin, Texas.

Funny, fun,...the future of US Postal Services home deliveries! I laughed, I cried,...great statement in our time! ;)