Chagrined Under A Blue Sky 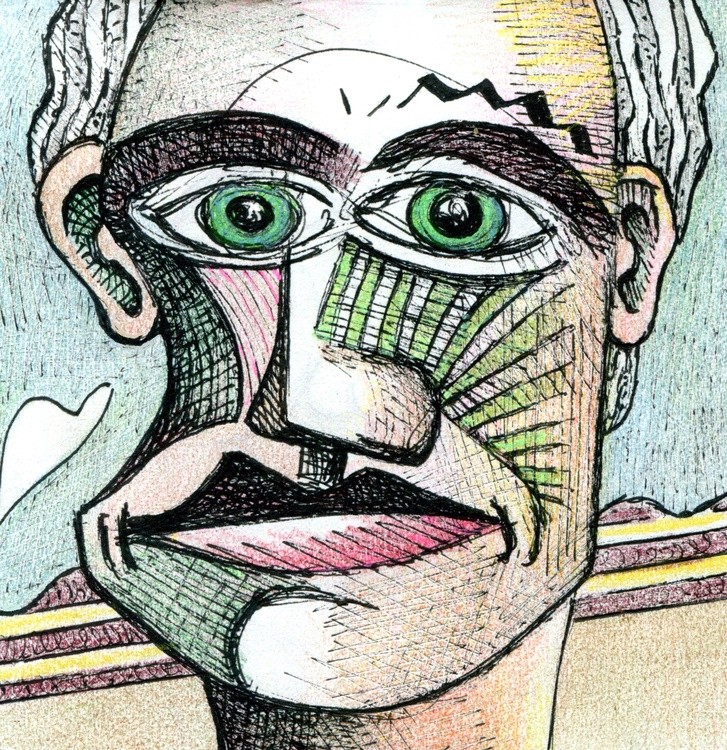 I don't think I have ever been as exasperated, disappointed and just plain disgusted as I have been over the past few months. You would think Americans could pull together for the common good. I mean we have done it before, right? But even when it's in the best interests of ourselves and our loved ones, we fight 'doing the right thing' tooth and nail. Right now we are lagging behind the rest of the world in doing what it takes to get a handle on a virus that has an ever-tightening stranglehold on these presumably United States. I've seen some videos that suggest that stupidity reigns supreme in certain areas of the country. This virus doesn't care about anything but itself; it appears we have folks who don't even care about themselves. This is a 6 by 4.5 inch gel pen drawing with color pencil and color gel pen. It's a frustrated example of Original Jones Art as he fights depression and the urge to go 'postal' in northwest Austin, Texas.

YES I SEE THAT WORRIED LOOK UPON YOUR FACE...YOU GOT YOUR TROUBLES AND I GOT MINE....