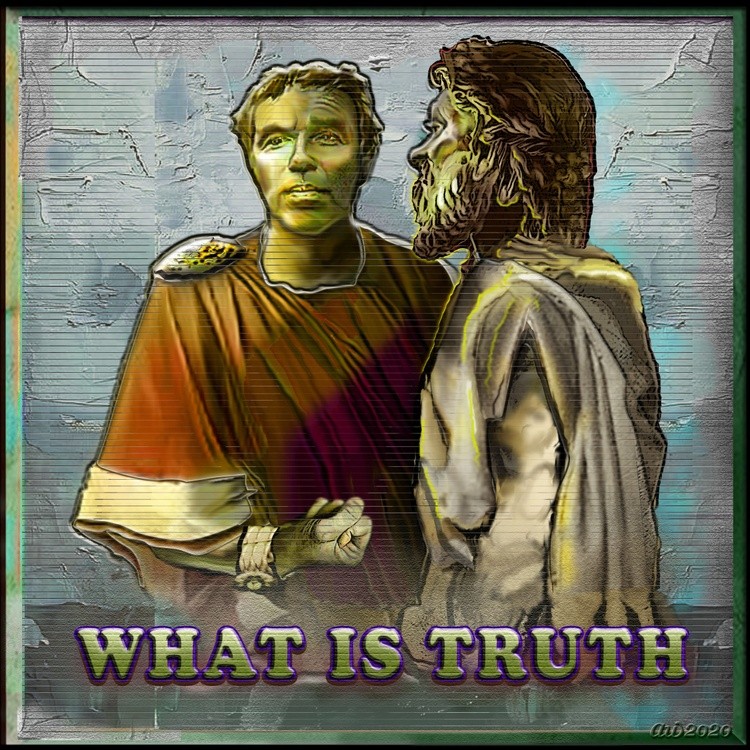 This was Pilate's reply to Jesus after hearing him say, “I have come into the world to bear witness to the truth.” The Roman governor became an unwilling part in a religious debate between Caiaphas (the high priest) & the prisoner Jesus. Pilate would later say “I find no guilt in him” but then react politically from a mob's opinion.