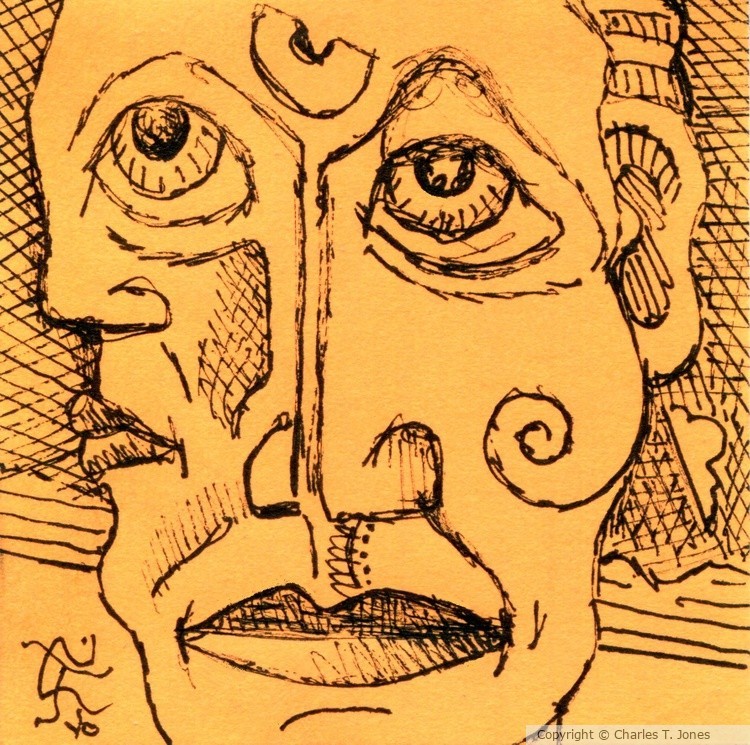 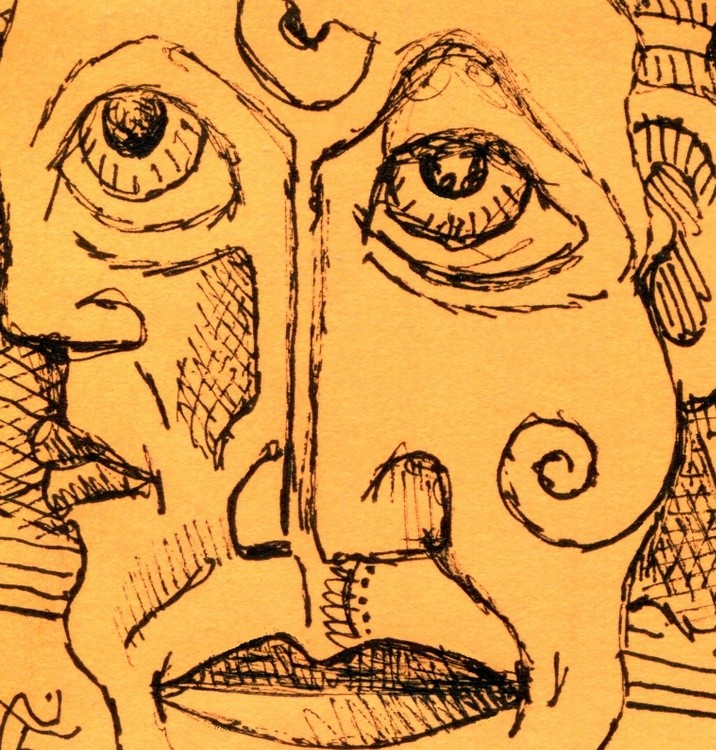 There are some folks who, if you called them two-faced, would smile broadly at the compliment. That is because they have so many faces they make the eight faces of Eve a rather simplistic case. But they have trouble doing the Lon Chaney imitation correctly as they tend to lose track of which particular face they are supposed to be wearing at any given moment. This deception is easier to pull off in small groups, not when the whole world is watching. This is another of the 3 by 3 inch sticky drawings on colored paper. It is probably too simplistic an example of Original Jones Art as he tries to get by with only one in northwest Austin, Texas.

Janus faced... the drama credo...the mask with comedy and tragedy facing different directions...I like to wear the comedy side as much as "HUMANLY POSSIBLE" ...and that my friend was intended as a comedic jab...====Have you stopped laughing yet.? Don't roll about on the floor, you'll get all dirty and covered with Austin pollen....

Artist Reply: These two-faced images crop up occasionally, Elton. Sometimes it's a bird's face and a person's. You just never know until it pops out---sort of like a child. Hope you are doing great today. :)