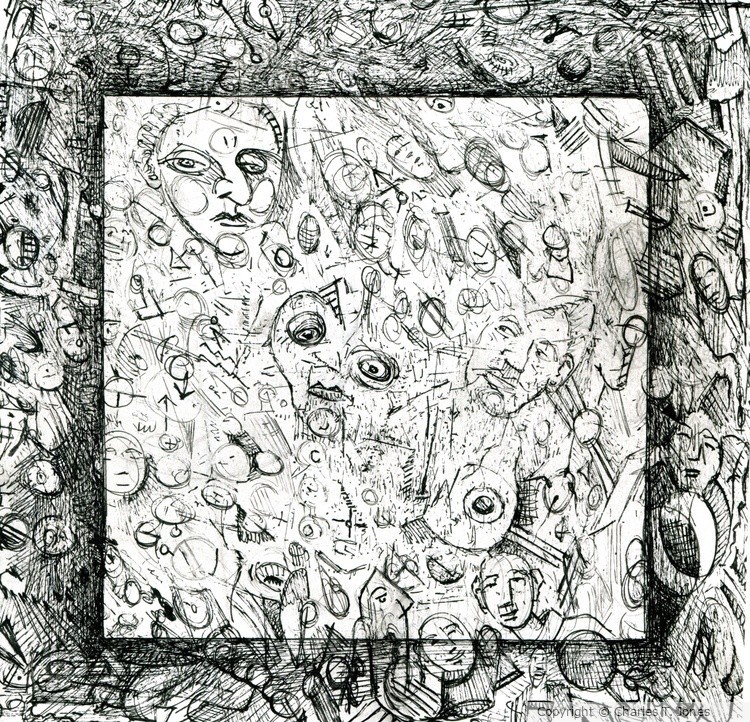 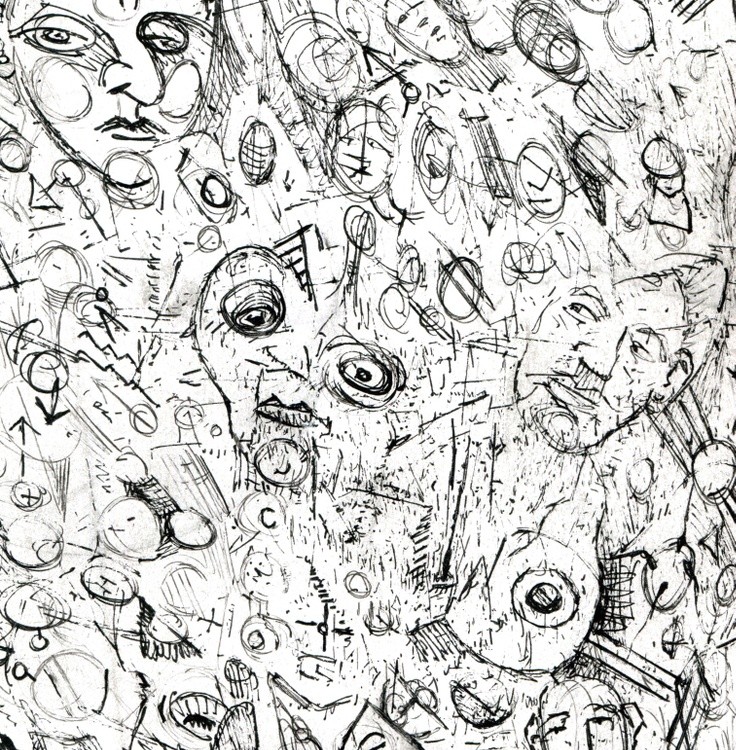 This began as a page I would clean the tip of my pen with. In fact, I used it as such for much of 2019. It wasn't until around the end of the year that I began doodling with it and came up with this. I guess it could be called the accidental window as it was something of an accident in itself. This is an 8.5 by 8.5 inch gel pen drawing (for the most part) and another inadvertent piece of Original Jones Art coming at you from northwest Austin, Texas.

Artist Reply: I consider it to be visual flotsam and jetsam but maybe manipulated debris is what's 'in' these days. Thank you for your nice comment, Nira. Much appreciated. :)