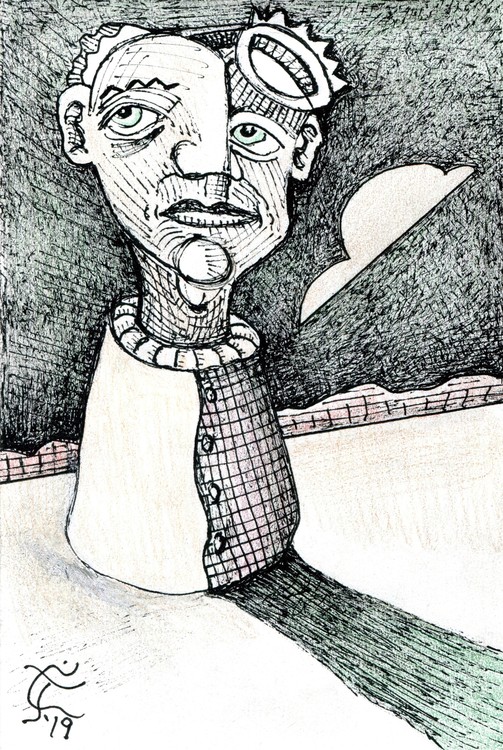 ' Of sorts' is a fixed idiom, meaning that something resembles something else, or fulfills its function, but isn't really that thing. in some respects but not entirely or truly. This was gleaned from the Urban Dictionary and is probably one of the best definitions from that source that I've read. So maybe we all are kings (and queens) of sorts---of a kind, if only between our ears or within our decidedly small clique. Though in this Internet World, that clique can be rather massive. This is a 6 by 4 inch gel pen drawing on medium bond paper and another kingly example of Original Jones Art as he rests his mighty head in northwest Austin, Texas. I added color using some Crayola gel pencils which are, I think, now discontinued.