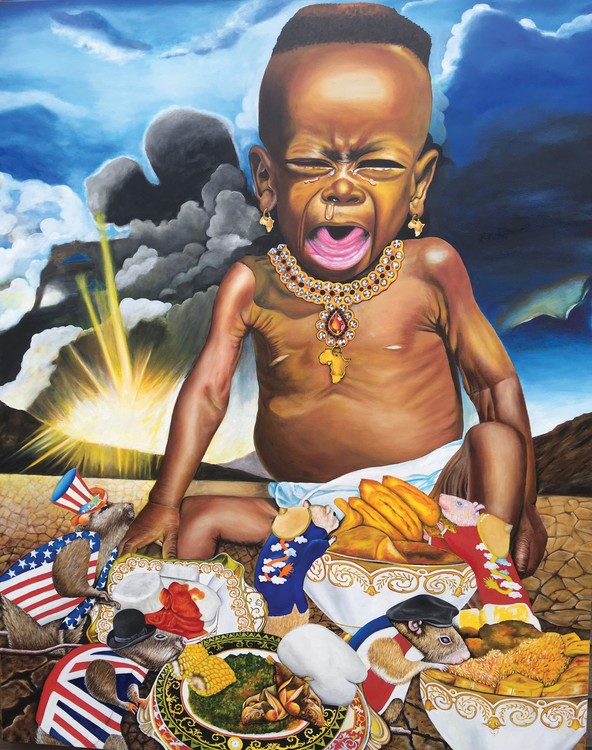 Africa is the second largest continent and the richest in the world in natural resources. Despite her riches, her people are the most abused and misused people in the world. They were the subject of slavery and after the abolition of slave trade, Europeans continued to enslave Africans. They colonised most of the continent, oppressing and killing Africans while looting their natural wealth. African nations are yet to be completely free; their economy and government are being controlled by their former colonial masters. In recent years, China joined the United States and the Europeans in further exploitation of Africans. Chinese are now taking over African businesses and markets; flooding African markets with their cheap products making it difficult for locally produced African products to compete with cheap Chinese imports. Many corrupt African leaders aid wanton exploitation of African mineral resources for selfish personal gains, receiving also kickbacks to award highly over-priced infrastructure development project contracts to Chinese and European companies. Chinese companies often bring in all categories of workers from China to work on African construction projects while well qualified Africans including overseas trained professionals remain unemployed; it is literally taking food out of the mouth of Africans. Why can’t African say `no’ to exploitation? The dark cloud in the background on the right side of this painting is to show the terrible situation of African nations; the ray of light breaking through the dark cloud and new plant shoots piercing through the cracks of dry ground are to depict the hope and aspiration of the artist - O Yemi Tubi for African nations - better and richer future. In the centre of the painting, O Yemi painted a starving African child with priceless jewellery on her neck and variety of foods served on luxurious golden bowls and plates in front of her. This also is to depict the paradoxical poverty and the riches of the continent of Africa. Engulfing the luxurious varieties of food are rats in coats of national flags of USA, Britain, France and China. This is to say that the relationship of these nations with African nations is contributing to their poverty. Rat as imagery of these nations is not intended to offend but O. Yemi couldn’t find any complementary image that could be used without losing the message he intended to convey. This painting is also an Indictment of some corrupt African leaders The dawn of new day; better and bright day for Africans will come the sooner the Africans can say `no’ to EXPLOITATIONS and African leaders put national interest above self-interest.