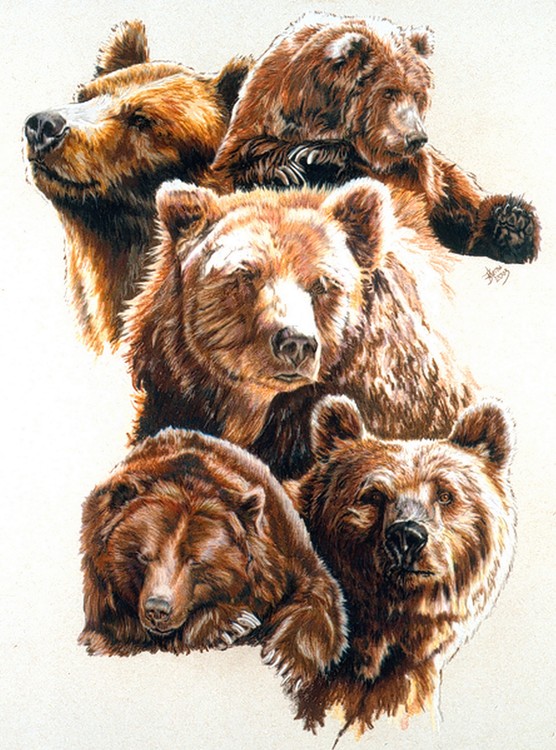 The grizzly bear (Ursus arctos ssp.) is a large population of the brown bear inhabiting North America. Scientists generally do not use the name grizzly bear but call it the North American brown bear. Multiple morphological forms sometimes recognized as subspecies exist, including the mainland grizzly (Ursus arctos horribilis), Kodiak bear (U. a. middendorffi), peninsular grizzly (U. a. gyas), and the recently extinct California grizzly (U. a. californicus†) and Mexican grizzly bear (U. a. nelsoni†). On average bears near the coast tend to be larger while inland grizzlies tend to be smaller. The Ussuri brown bear (U. a. lasiotus) inhabiting Russia, Northern China, Japan and Korea is sometimes referred to as the black grizzly, although it is a different subspecies from the bears in America (Wikipedia).

THEY ARE MAGNIFICENT. MARVELOUS WORK AS ALWAYS.