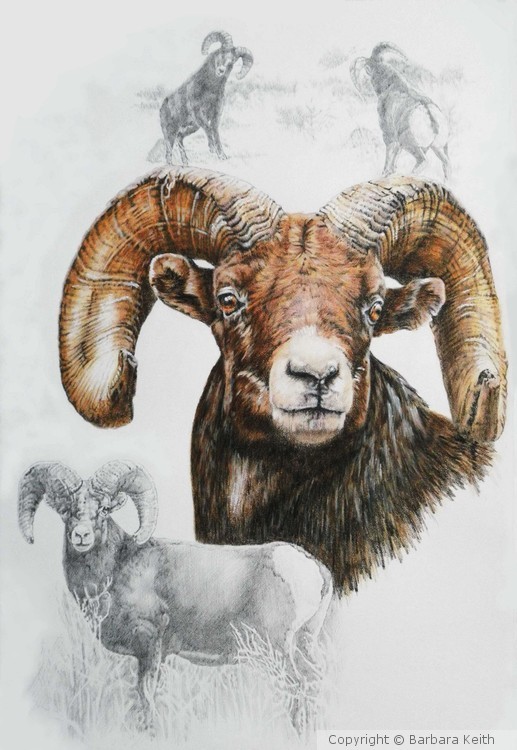 The bighorn sheep (Ovis canadensis)[5] is a species of sheep native to North America.[6] The species is named for its large horns. A pair of horns might weigh up to 14 kg (30 lb); the sheep weigh up to 140 kg (300 lb).[7] Recent genetic testing indicates three distinct subspecies of Ovis canadensis, one of which is endangered: O. c. sierrae. Sheep originally crossed to North America over the Bering land bridge from Siberia; the population in North America peaked in the millions, and the bighorn sheep entered into the mythology of Native Americans. By 1900, the population had crashed to several thousand, due to diseases introduced through European livestock and overhunting (Wikipedia).

Artist Reply: Can always count on you, thanks