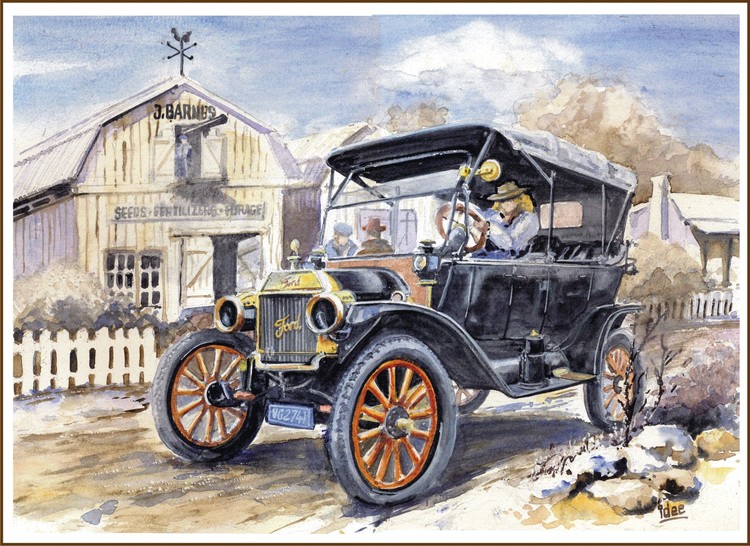 The Ford Model T (colloquially known as the Tin Lizzie, Leaping Lena, or flivver) was avaible in any color as long as it was black. Produced by Ford Motor Company from October 1, 1908, to May 26, 1927. It is generally regarded as the first affordable automobile, the car that opened travel to the common middle-class American; some of this was because of Ford's efficient fabrication, including assembly line production instead of individual hand crafting. With his 20hp, 2 gears and a maximum speed of 40 km/h it was an ordenary car for his time. Altough the Ford Model T was named the most influential car of the 20th century in the 1999 Car of the Century competition. Image size: 260 x 360 mm

INCREDIBLE, IVO. I LOVE ALL THE DETAILS.

Artist Reply: Many thanks Sharon, the details make it pleasant to paint

Artist Reply: Many thanks

I remember hearing those names for cars as a youngster, probably because my father worked at the Ford plant in Dallas until it was closed back in the 60's. Great work!